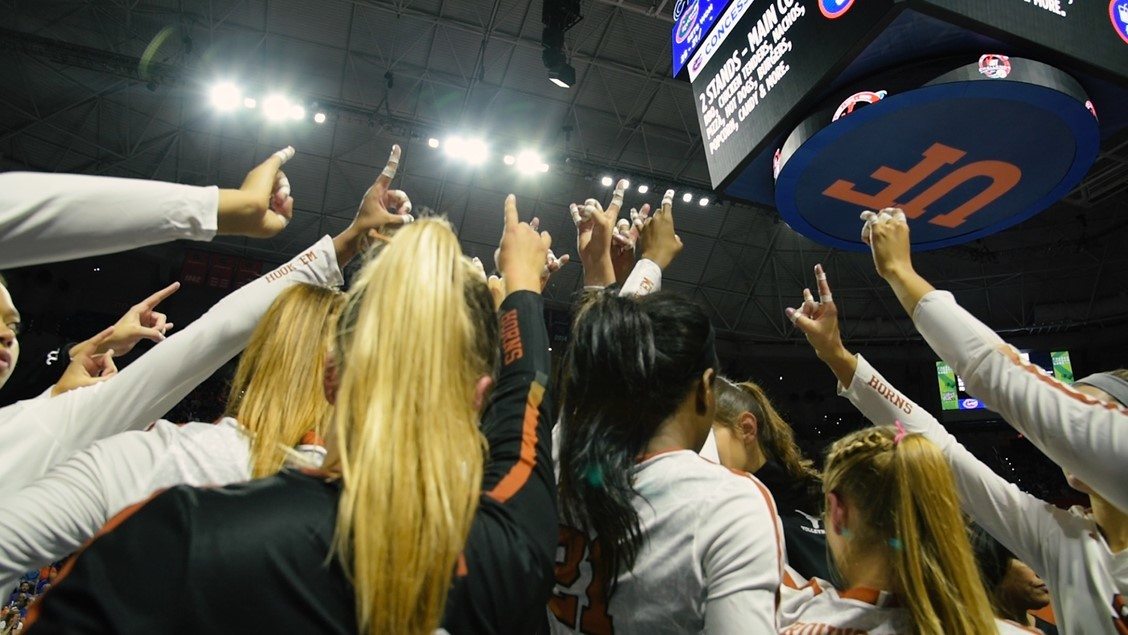 The Texas Longhorns started off the American Campus Classic with a three-set sweep over Texas A&M-Corpus Christi.  Current Photo via Longhorn Athletics

The Texas Longhorns started off the American Campus Classic with a three-set sweep over Texas A&M-Corpus Christi.

The Longhorns began the match on a 5-0 run, with four Texas kills and a block from Lexi Sun and Chiaka Ogbogu. Corpus’ Madison Green put up the Islanders first points of the match on a kill, but the Longhorns still took command of the court to go up 11-3. The lead continued to grow, as Texas took a commanding 17-9 advantage. The Longhorns finished off the set with a kill from Sun and an Islander attack error at 25-13.

The Islanders scored the first two points of the set off Texas errors. They kept this small lead until a kill from Ebony Nwanebu put the Longhorns ahead 11-10. From there, Texas grabbed control of the set to take a 20-12 lead before a Sun kill concluded the second set 25-15, giving the Longhorns a 2-0 match advantage.

The third set began with Texas taking a small two points lead through the first few points, before expanding to a 14-4 lead over the Islanders. Two Texas attack errors and two kills from Green brought the Islanders to 14-8. From there the Islanders took small two to three point runs to make a tiny comeback on the Longhorns. Texas, however, was able to hang on to take the match at 25-20.

Leading the Longhorns was freshman Sun with 11 kills, one ace, three digs and one block. Both Ogbogu and White contributed 10 points, with Ogbogu posting a team-best .714 hitting clip, one ace, two digs and three blocks. White was just short of a double-double as she picked up nine digs, two blocks and an ace. Setter Ashley Shook dished out 35 assists, four kills on a .429 hitting percentage, seven digs and two blocks.

For the Islanders, Brittany Gilpin led the front with nine kills, six digs and one block. Madison Woods picked up a match-best 10 digs in the loss.

The Longhorns earn a 3-0 sweep of Texas A&M Corpus Christi to open the American Campus Classic, Denver up next at 7pm #PointTexas #HookEm?? pic.twitter.com/2QHiuAEtop