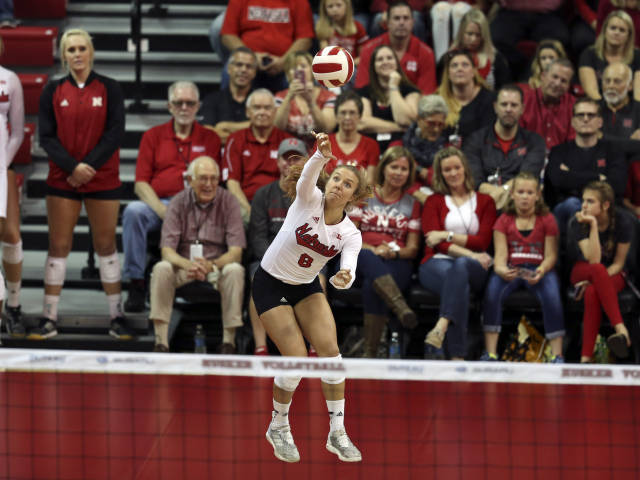 Sophomore defensive specialist/libero Brooke Smith will transfer from the University of Nebraska, Cornhuskers head coach John Cook announced on Friday. She will have 2 years of eligibility remaining.

Smith stands 5’10” tall and is a native of Weatherford, Texas.

Smith saw action in each of her two seasons at Nebraska, bringing her biggest value as a service specialist. In 8 sets as a sophomore, she recorded 2 aces and 4 digs as a sophomore. She saw her playing time reduced in her second season, having played in 22 sets (and recording 6 aces) as a freshman.

While her on-court time was limited, Smith made huge contributions to the Huskers’ program off the court. She was an Academic All-Big Ten selection, was named Nebraska’s Big Ten Sportsmanship Award winner in 2016. She was also twice named to the Tom Osborne Citizenship Team at Nebraska – which recognizes student-athletes who participate in community service.

“I want to thank my teammates, coaches, the Nebraska Athletics Department and the incredible fan base for an unforgettable experience at the University of Nebraska,” Smith said. “Lincoln holds a special place in my heart and I am forever grateful for the opportunity to compete at such a high level. My time here was extremely memorable and I have appreciated every moment.”

Smith has not yet announced where she will transfer. She is one of two players announced by Cook to be leaving the program on Friday – Tiani Reeves will join Nebraska’s track & field team.