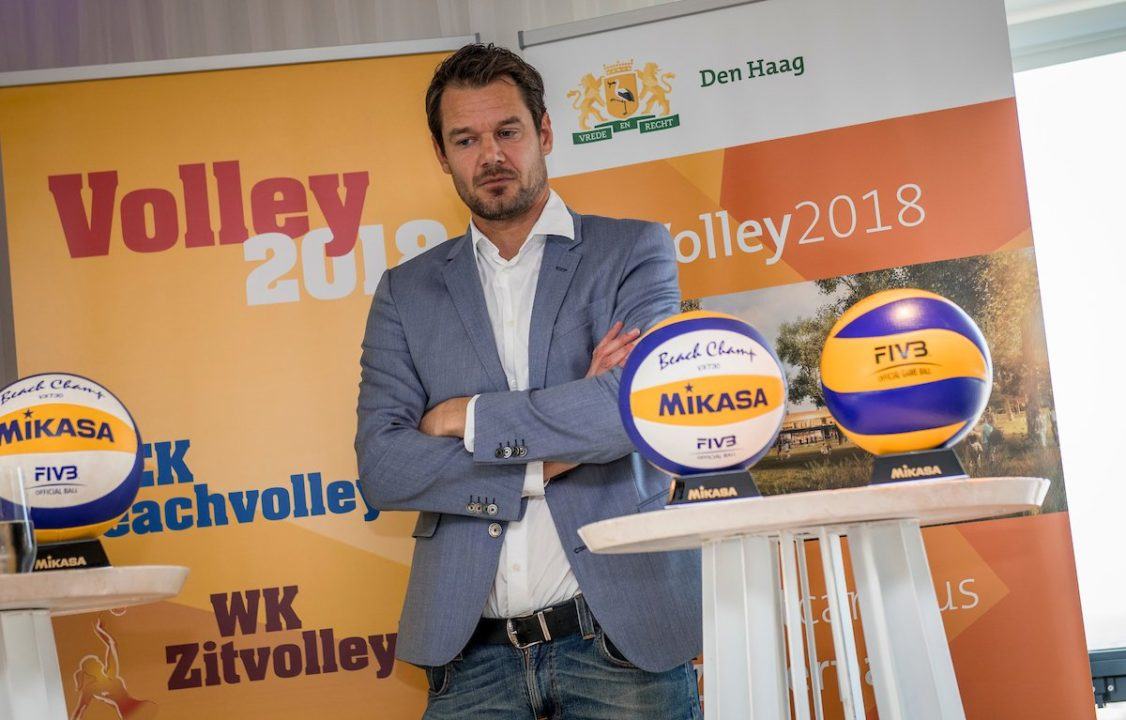 Reinder Nummerdor will bring a unique perspective as the tournament director for VOLLEY2018, having been a European Champion both on the beach and on the court. Current Photo via Nevobo

For a weekend in July of 2018, The Hague, Netherlands will be the center of the volleyball world, as they host three massive volleyball events in one central location.

Then, on the final weekend, the championship rounds of all three will meet at a single, central location at the Sportcampus Zuiderpark in The Hague. The federation has termed the event Volley2018, and the tournament will be directed by the legendary, and recently-retired, Reinder Nummerdor.

The 40-year old Nummerdor brings a special perspective to this particular tournament, having won European Championships both in indoor volleyball (1997) and on the beach (2008). In total, he played at 5 consecutive Summer Olympics from 2000-2016.

A rundown of the events:

“When I think back on the World Beach Volleyball 2015, I do not just back to the successes of our athletes,” Baldewsingh said in his speech.” I especially think back to a WorldRecord in beach volleyball, which was established on Saturday, June 27th. As many as 2355 people took part in the same tournament on the beach of Scheveningen, and it was great to be with. ”

“Volley2018 is a fantastic concept,” continued the alderman. “It brings together the best that these sports have to offer. In 2007, we began to work closely with the Nevobo (the Dutch Federation). Volley2018 is the culmination of this unique undertaking.”

Hi
When can we expect a schedule/city/place of tournament, for sitting Volleyball ?!
Thankyou!

Hey Cora, this weekend’ is the final qualifier for the event in Jeju (the home team South Korea is an early favorite), and so I would imagine that more information will be coming out next week.

any more details for the sitting volleyball schedule? when and where?
I am hoping to book hotels for this event and hope to stay closer to the events too. will there be a cost? entry fee to view the games? thankyou so much!
Cora Peters CANADA

yes this is odd…and frustrating… thanks for your reply!

Join the discussion…Hi Again. I am wondering about the costs to view the games. will we pay at the door, when we go to see the games?
Cora Peters

Still no info. We’ve talked to USA Volleyball, who had some very limited information, and other people have told us that World Para-Volley is notoriously disorganized on this.

I would suspect you can pay at the door, and also that the matches won’t be sold out. Historically walking up has been fine to get a good seat.