New #1: Texas Moves to Top Of Nebraska In Latest RPI Rankings Despite Loss 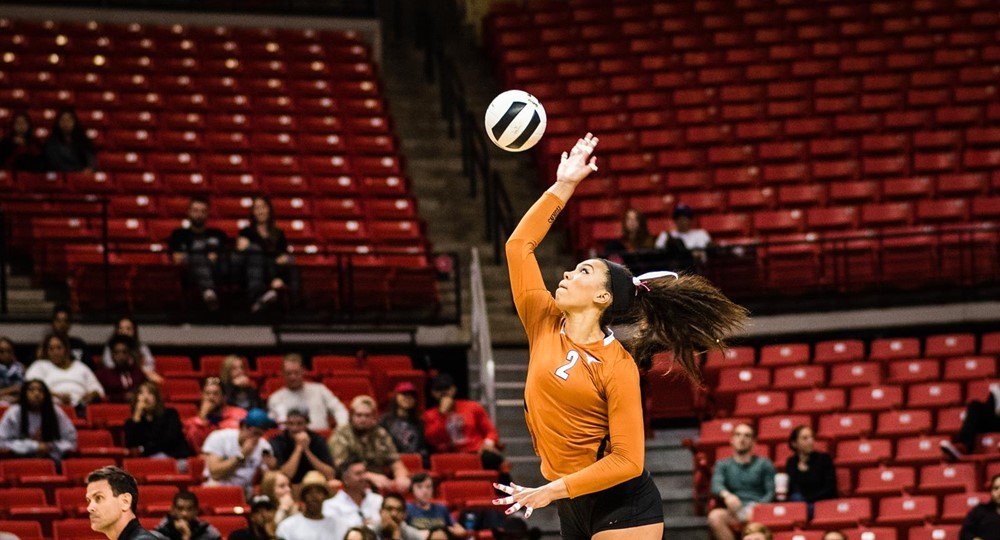 In a surprise, Texas has stayed ahead of Nebraska in the latest RPI rankings and jumped Wisconsin for the number one... Current Photo via Texas Athletics

In a surprise, Texas has stayed ahead of Nebraska in the latest RPI rankings and jumped Wisconsin for the number one ranking nationally. Falling out of first in the RPI is Wisconsin, dropping to third behind Nebraska.

Texas took down RPI #38 Baylor in three sets, but dropped a five set match up to RPI #30 Iowa State. Nebraska now owns the #2 RPI ranking after two sweeps over RPI #60 Iowa and RPI #48 Indiana.The RPI is used primarily as a tool by the NCAA Championship selection committee to determine the field of 64 teams that will play in the NCAA tournament in December, but carries no official determination. All three teams, if they win out, can expect #1 seeds in the tournament.