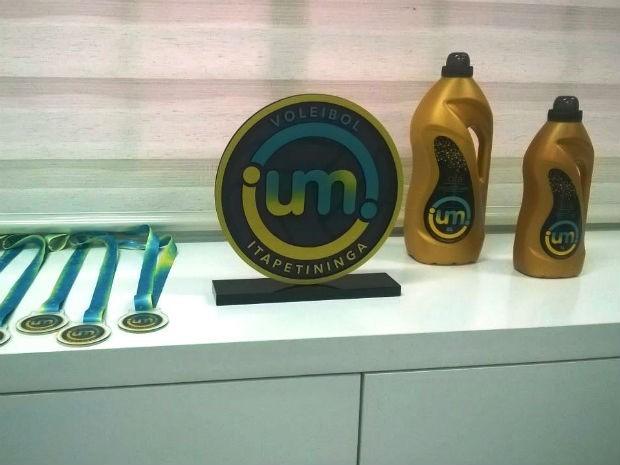 Brazilian opposite Andre Nascimento, an Olympic medalist at both the 2004 (gold) and 2008 (silver) Olympic Games for his native Brazil,... Archive Photo via Release photo

Brazilian opposite Andre Nascimento, an Olympic medalist at both the 2004 (gold) and 2008 (silver) Olympic Games for his native Brazil, has been announced as the first athlete signed by a new club Volleyball Itapetininga in his home country.

“I’m very happy, new year and new life with this project,” Nascimento said of the move. “Our goal this year is to play well in the Paulista Championship to give the team a shot – commented the player.

The club will play in the Campeonato Paulista, which is a local top-flight league in the country’s capital São Paulo, as well as the Brazilian Super League B, which gives them an opportunity in the long-term to advance to the top-flight, big-money, Super League.

The new team will play its games in the Ginasio Ayrton Senna in the city’s western metropolitan area.

At 37 years old, Nascimento is past his athletic prime, but his experience and draw-value could accelerate the team’s growth to national relevance. Hascimento is a 6’5” outside hitter who played internationally on Brazil’s National Team from 2002 until the 2008 Olympics.

In the gold medal game at the 2004 Olympics, Nascimento started at the 6 position in each of the 4 sets and ranked 3rd on the team with 9 kills. In the 2008 gold medal game, which Brazil lost, he started the first 3 sets, but in the 4th was benched in favor of Murilo Endres. Nascimento had just 1 kill on 11 swings with 8 total errors (hitting, blocking and serving) in the game, though he did contribute an ace. Brazil would go on to lose that game 3-1 to the United States.