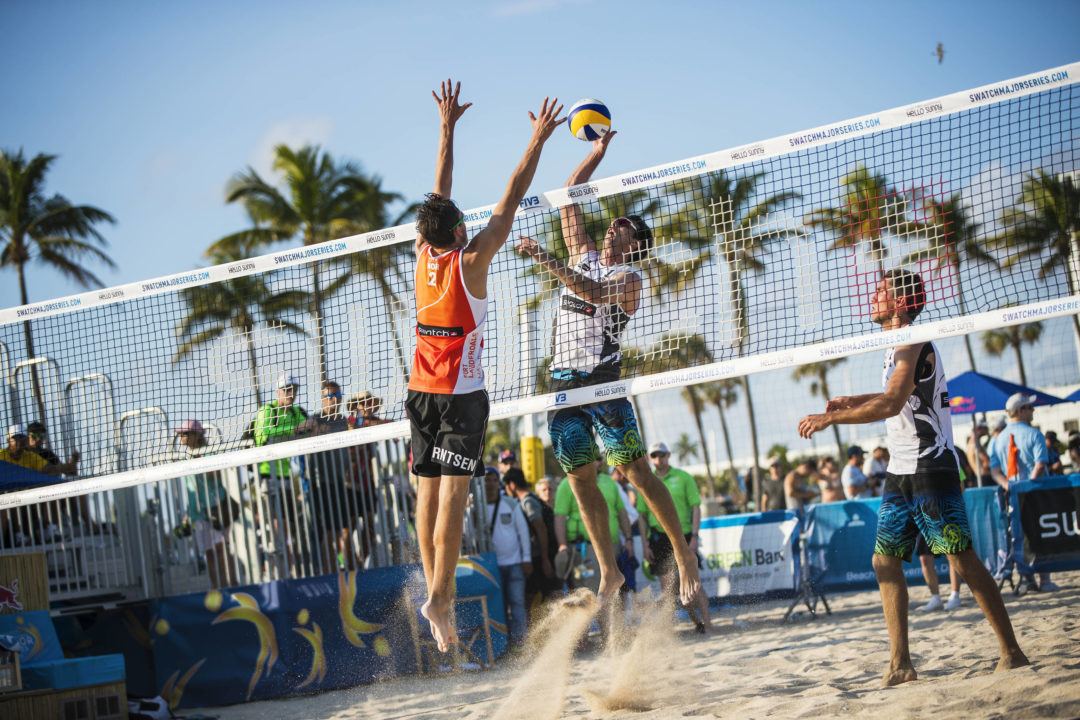 The FIVB Swatch Major Tour Series is upon us once again, and the 2017 season began on Tuesday with the qualification rounds at the Ft. Lauderdale Major in Ft. Lauderdale, Florida, and there was already plenty of action.

Several new partnerships, including Olympic medalists, had to play their way out of the qualification round at the first tournament of the year’s series. That includes the American pair of Rosenthal/Crabb, as well as the new Brazilian pair of Barbara (Olympic silver medalist from 2016) and Fernanda.

This is Just the Beginning of the tournament, and of a long season of beach volleyball, and below, the Swatch Major Series has put together a montage of scenes from Ft. Lauderdale and athletes talking about why they love this tournament.