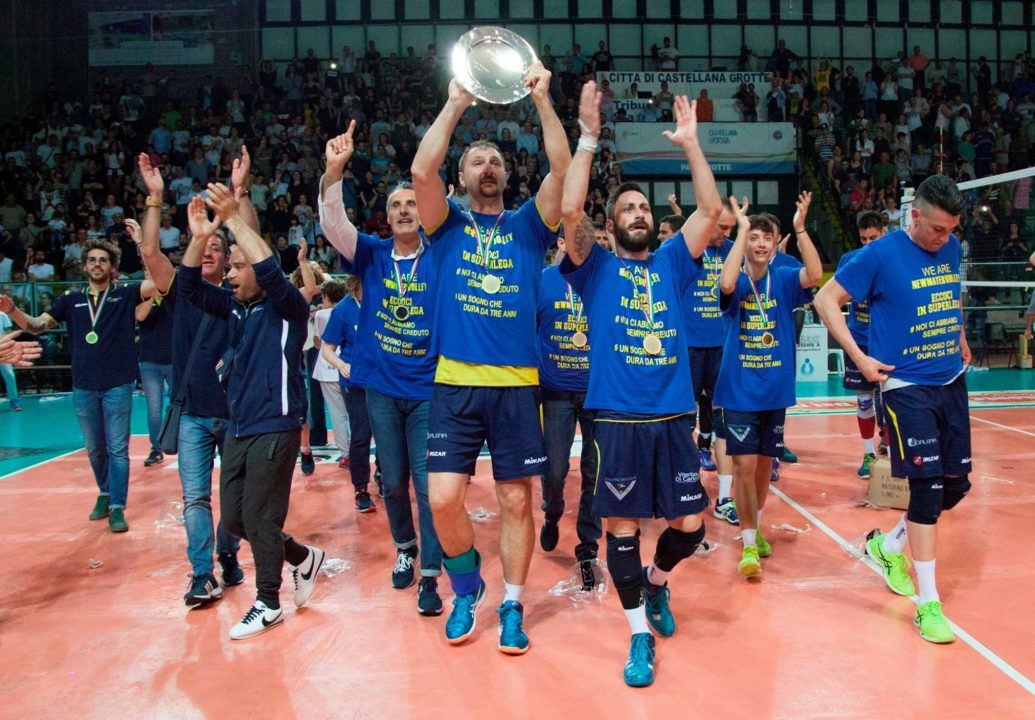 New Mater won the Serie A2 promotional league last season, and will take the place in the SuperLega of Molfetta. Archive Photo via New Mater

The Italia LegaVolley has announced the 14-team field that will participate in the SuperLeague (Serie A) for the 2017-2018 season.

The major change is that the club Molfetta, who finished 10th last season, has renounced its license for the SuperLega. They will be replaced next season by BCC Castellana Grotte (New Mater Volley). The club, formed in 2009, plays in the town of Castellana Grotte, with a population of around 20,000.

Grotte finished atop the Serie A2 promotional league last season with a 13-5 season record.

The move comes after the league board voted on July 10th to impose new requirements for its SuperLega teams to ensure their financial viability. Specifically, teams are required to have a game facility with 2,400 seats for the 2017/2018 and 2018/2019 seasons, and a minimum of 3,000 seats for the 2019/2020 season.

In announcing the 14-team league for next season, the league did add a caveat that 4 teams have until September 29th, 2017 to produce “suitable documentation of the availability of a competition facility attesting to the capacity of at least 2,400 spectators.” Those 4 teams are Top Volley Latina, New Mater Castellana Grotte, Argos Volley Sora, and Callipo Sport Vibo Valentia.

Capacities of Venues for these 4 teams:

Last season, Civitanova finished atop the table in the regular season and then won a best-of-5 series against Trentino in the playoffs 3-0 to take the league title.