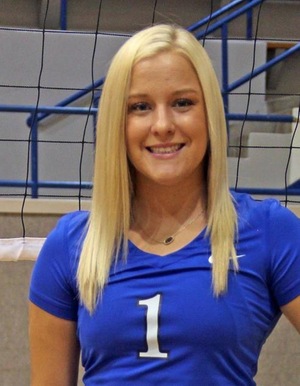 New Orleans is bringing on a junior college transfer/recruit in Breanna Crain from North Central Texas College. A 5’3″ defensive specialist/libero, Crain will be an immediately eligible junior for the fall of 2018.

A native of Granbury, Texas, Crain graduated from Granbury High School after leading her team to a 34-11 (12-2 District) record. In total for her prep career, she logged 2,017 digs in three seasons of varsity play.

New Orleans finished 2017 at 12-16 overall and 6-10 in the Southland Conference. They had three defensive specialists/liberos on their last year’s roster, with none being seniors to likely return and join Crain at the position.