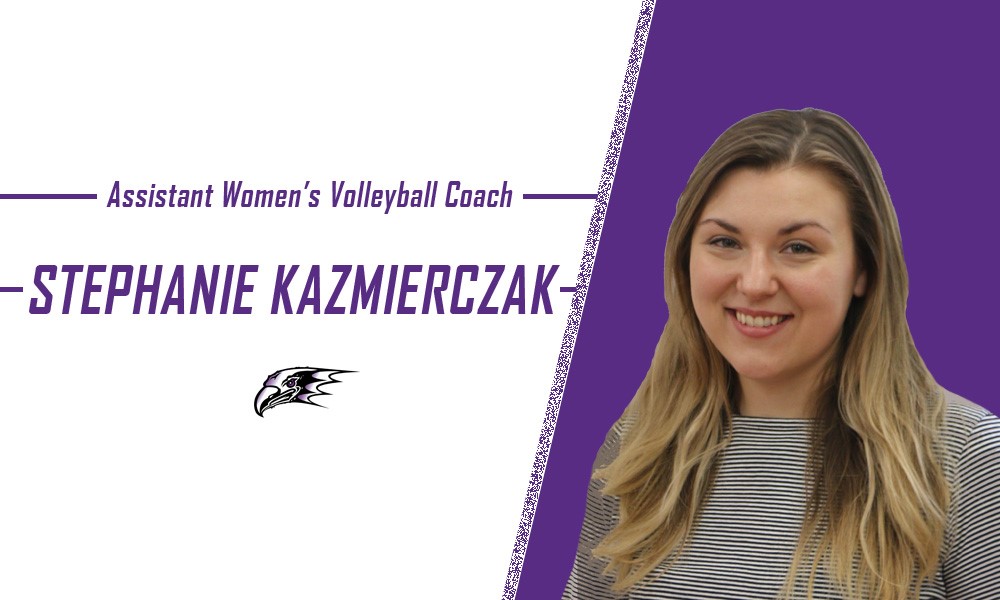 “I am so excited to have Stephanie Kazmierczak join our program,” said Day. “Her volleyball experience, as both a player and a coach, will definitely help us as we start our next chapter. Stephanie will assist with all aspects of volleyball operations, specifically player development and recruiting. I am really looking forward to having her in the gym with us!”

Kazmierczak brings valuable coaching experience to the Ridge, most recently having served as the head coach at Division III D’Youville College from 2014-18. In 2016, the team made its first postseason appearance since 2009 and three players were named to all-conference teams. The team made another postseason appearance in 2017 and two players were named to the All-Conference Second Team.

Kazmierczak began her college coaching career as an assistant coach at D’Youville from 2012-14.

“I am excited to be joining this program and eager to contribute to its continued success in the MAAC,” said Kazmierczak. “I would like to thank Coach Day and the Niagara athletics department for giving me the opportunity to coach the sport I love at this high level. I am even more grateful to be doing so in my hometown. I believe together, this team will accomplish another storied year in Purple Eagles volleyball.”

Kazmierczak was the starting libero at Pace University from 2007-09 and was the starting setter at Buffalo State in 2010. She was named to the Northeast-10 All-Championship Team in 2009. In 2010, she was named to the State University of New York Athletic Conference (SUNYAC) All-Conference Second Team, was selected to the SUNYAC All-Academic Team and was named Buffalo State’s most valuable player. In 2011, she received the SUNYAC Chancellor’s Scholar-Athlete Award.

Kazmierczak graduated from Buffalo State in 2011 with a bachelor’s degree in business management and earned her master’s degree in sport management from SUNY Cortland in May 2018.