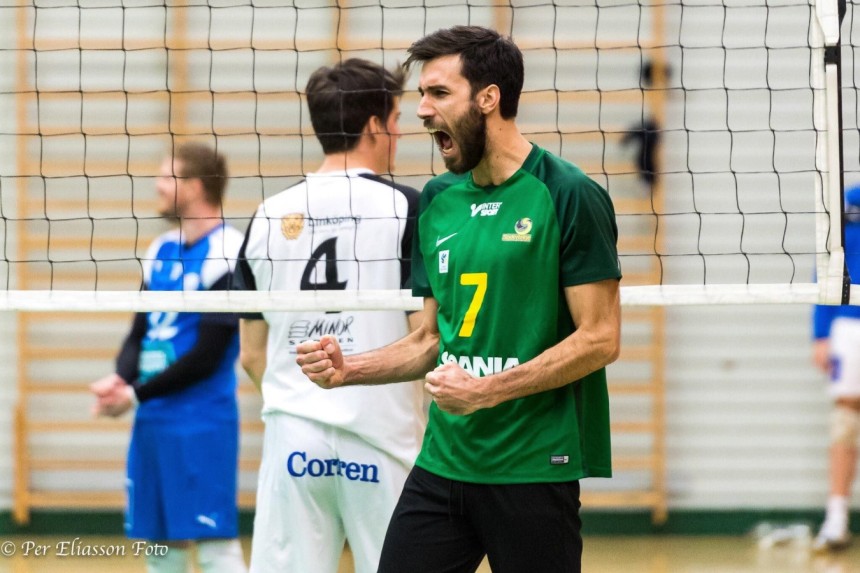 Nick West is making the move to the German Bundesliga. The middle blocker from the University of Hawaii will be playing for WWK Volleys Herrsching next season.  Current Photo via Södertelge VBK

While TSV Herrsching was on the brink of not being able to financially compete in the 2018-2019 Bundesliga, they landed a sponsorship from an insurance company based out of Munich, WWK. Now titled WWK Volleys Herrsching, the club has recently signed Nick West for the upcoming season. West, a middle blocker originally from Orange, California, comes to Herrsching from Sweden. The former player at the University of Hawaii played last season with Södertelge VBK and was named the league’s best blocker. His team finished the regular season in 8th place and lost to 3-0 in a best-of-5 series against Falkenburg in the quarterfinals.

West is replacing Andre Brown from Canada. Brown, who has signed with Sporting CP in Portugal next season, seems not to have the best relationship with his former club. He has alleged on Twitter that Herrsching has not sent him jerseys he has ordered and other things that need to be shipped back to Canada. Instead they have read and ignored his messages.

WWK Volleys Herrsching is coming off a season where they finished 6th in the regular season of the Bundesliga. They qualified directly for the quarterfinals of the playoffs, but lost to United Volleys Rhein-Main. Herrsching was eliminated after falling 2-1 in the best-of-3 series.