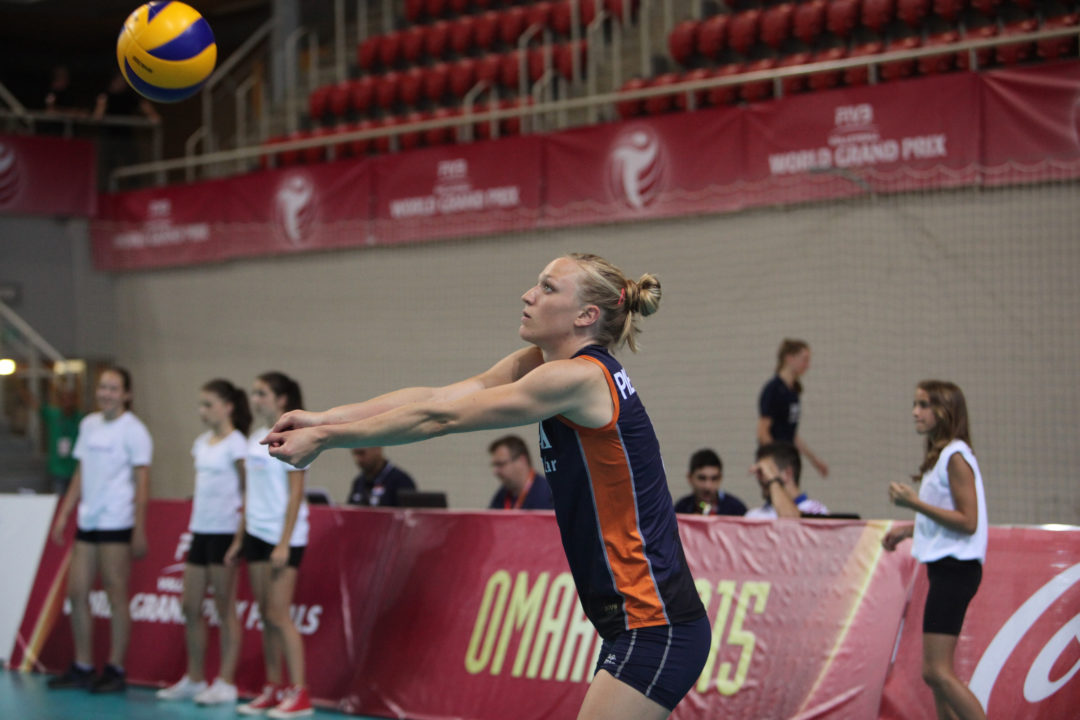 Modena’s female Serie A1 team, Liu Jo Nordmeccanica, is going all in in hopes for a deep play-off run this season. Only days after signing young American promise and NCAA standout Symone Abbot to a contract, the team has officially announced in its website the signing of Dutch national teamer Judith Pietersen. She is an Olympian (2016), and played with Serie A1’s Champions Novara last season, but was currently without a club, as she had to return to The Netherlands to finish her university studies.

The 6’2″, 27-year-old opposite hitter will join the team this week and will be ready to travel for its Saturday game against Busto Arsizio. She has previously had successful stints with Dutch, German, Polish and Turkey clubs, but is best known for her play in Italy’s Scandicci and Novara. At the international level, she has won a silver medal at the CEV 2015 European Championships.

Here is what she had to say about her new home:

“I am very happy to have arrived here in Modena and to play with the team. I arrive in a strong team and I am ready to fight for this shirt. Katarina Barun and coach Marco Fenoglio were in Novara with me last year, I have also already played with Laura Heyrman in Germany. What idea have I made of this year’s championship? I think that no match is easy, we must always fight to the maximum of our chances because nobody will gift us wins. They are all very strong teams.

It has been weird to stay away from volleyball for half a season. I’m very happy to be able to start again. I missed volleyball in these months. I already know how coach Fenoglio works in training and I am happy with thie possibility of playing for him again.”

“We are very happy to announce the arrival of Pietersen. She is a player who everyone knows well because last year she won the championship with Novara. She is an experienced player and will surely bring to our roster the extra strength needed for a deep playoff run. She will make us more competitive both on reception and attacking. With Pietersen and Abbot, we can be more competitive against the other A1 teams. Today a team cannot be only six-players strong. A full roster is needed because the Italian Championship is very difficult and every game requires the utmost attention. Now it will be up to coach Fenoglio to integrate our new players into the group and make them fit his style of play in a way that is best for the team.”

Nordmeccanica sits currently in 6th place of A1’s standings with an 8-5 record.