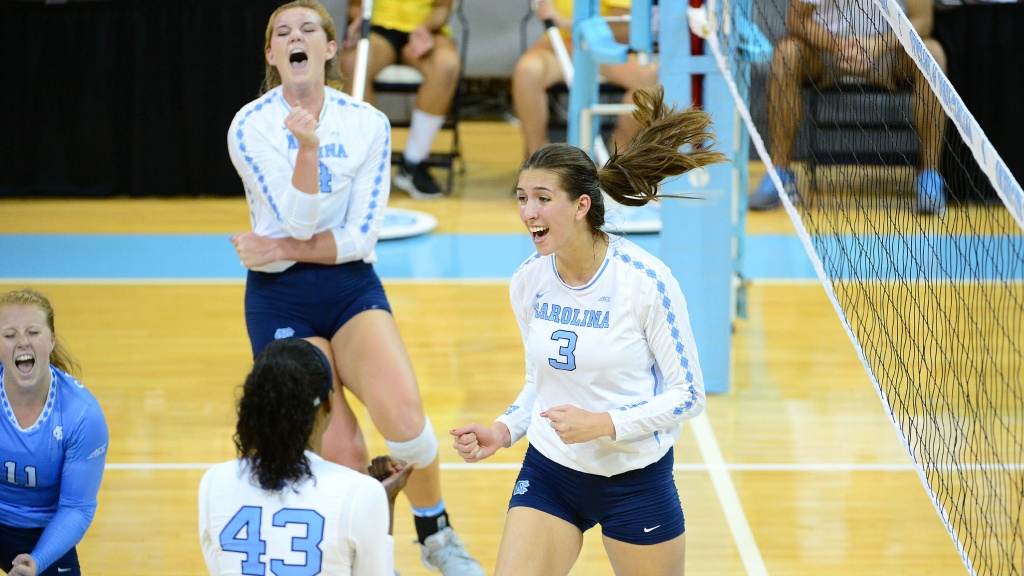 North Carolina finished their 2016 campaign in the regional semifinal with a 3-1 loss to UCLA. The Tar Heels return almost their entire lineup including ACC player of the year, Taylor Leath and ACC freshman of the year, Julia Scoles. UNC also adds Holly Carlton, a 6′ 7″ setter/opposite to their lineup after redshirting her freshman year.

Kicking off the 2017 season, the Tar Heels start with a bang against Minnesota and Wisconsin in the ACC/Big Ten Challenge in Madison, Wisconsin. Both Big Ten schools come in ranked in the top 10 by the AVCA’s preseason poll with Minnesota at #4 and Wisconsin at #7. Despite the high rankings of these teams, UNC should have confidence against these opponents as they beat Wisconsin 3-2 last year in this same tournament.

North Carolina continues their road trips with the ACC/SEC Puerto Rico Clasico, playing Auburn and Florida in Bayamon, Puerto Rico. The Florida Gators come in ranked #12 right behind the Tar Heels and are the perennial favorites to win the SEC.

With an extremely unbalanced ACC schedule, UNC has stacked their pre-conference in order to collect quality wins since they only play a large portion of the ACC once including:  Virginia Tech, Virginia, Pitt, Florida State, Miami, Boston College, Syracuse, and Notre Dame. Since they bring back almost their entire starting lineup and add quality incoming players, the Tar Heels are set to make a strong run to the NCAA tournament.