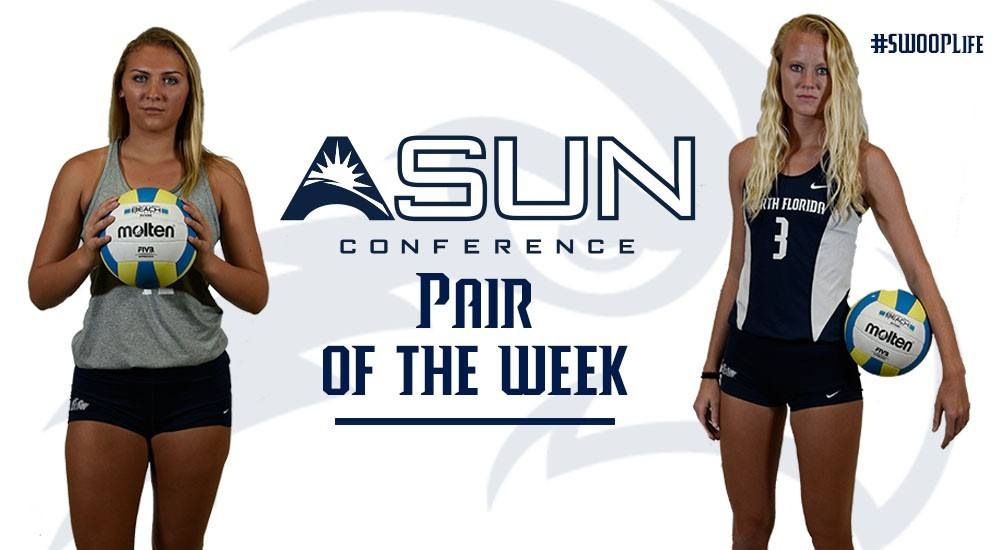 The league office announced this Tuesday that North Florida’s Shannon McPherson and Nicole DeBolt earned their first-ever ASUN Conference Beach Volleyball Pair of the Week Honor after the duo’s 4-0 record helped North Florida secure a spot in the conference championship.

North Florida clinched its sixth appearance in the ASUN Beach Volleyball Championship with its 3-1 record this weekend. The Ospreys’ fifth pairing of McPherson and DeBolt went undefeated through UNF’s four matchups, sweeping Coastal Carolina in straight sets in both of their matches against the Chanticleers. The No. 5 seed also took four out of five sets played against the second ranked team in the ASUN, Mercer. McPherson and DeBolt are on an 11-match win streak and finished the season with a 6-4 record in conference play, tied with No. 1 pairing Katarina Raicevic and Courtney Miller for a team-best.

The Ospreys enter the 2017 ASUN Championship at the fourth seed, after sweeping cross-city rival Jacksonville, and splitting their series with Mercer and FGCU on the year. North Florida is searching for its second straight postseason title, and its fourth in program history.