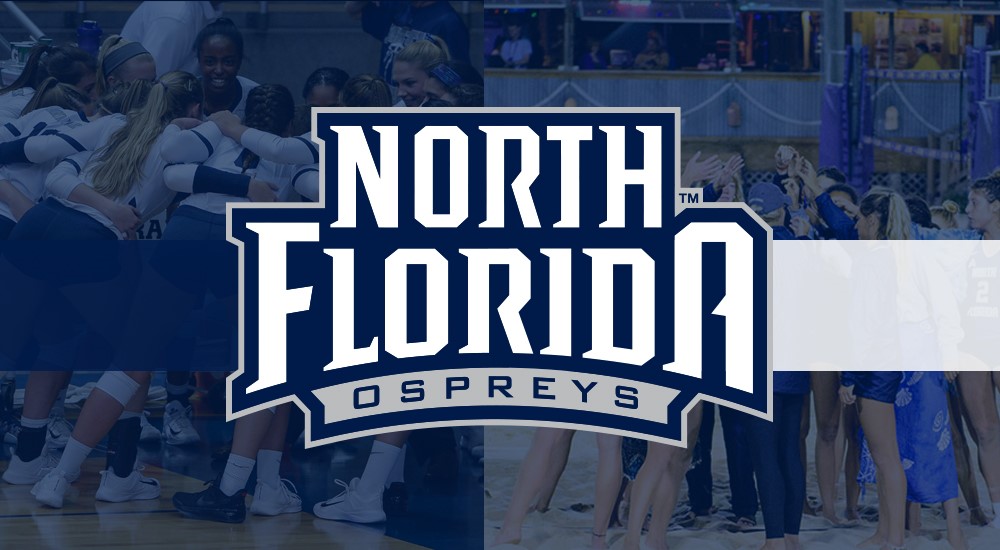 After spending the last two seasons with the indoor program, Lopas will continue his work with the middle blockers. He takes on the charge of scouting and taking care of the video for matches and practices. In each of the last two seasons, the Ospreys have had a pair of middle blockers finish inside the top ten in blocks per set. UNF has also led the conference in blocking in both of those seasons.

“Both Skylar and I have a similar mindset when it comes to all the important things,” Wright said. “We are like-minded when it comes to working with student-athletes and how we envision this program growing and developing. It’s helpful to have someone that is familiar with the surroundings to help me get a grasp of what all we have with our indoor volleyball program. I am thrilled to have Skylar on board as our first assistant for the indoor program, and I look forward to the upcoming indoor season”

Inlow joins the Ospreys after spending the previous six seasons working as a manager and graduate assistant at the University of Texas, where he was a part of five NCAA Final Four appearances and three NCAA Finals. During his time in Austin, Inlow worked with DataVolley and DataVideo, while also working on statistics and video for the Longhorns. He was involved in all the travel and team meetings, and was in charge of running the Longhorns volleyball camps for three summers. He also worked as an assistant coach on the USA Volleyball junior national team during the summer of 2017. The team won gold in the Pan American Cup U20 event.

“One of the big things that stood out to me was that he has been around a power five program and knows what excellence looks like day in and day out,” continued Wright. “There are obviously many ways to the top, and pulling from his experiences at Texas will be big. Kevin is very technologically savvy with DataVolley and that will be a big help moving forward, especially during the match.”

After two years as the volunteer assistant for beach, Strack continues with the team as an assistant coach. Strack played at North Florida from 2011-2013 where she played for both the indoor and outdoor programs. During her playing career, she was a part of the 2012 ASUN Sand Volleyball Championship squad and played for the number one tandem during the championship run. Strack was the first beach volleyball signee in 2010, when the Ospreys introduced the sport.

“I’m really excited to work with Emily as she already has helped build a foundation with this team in the fall,” said Wright. “I look forward to developing that bond and relationship on and off the court throughout the season.”

“Doug brings a fantastic resume, as he earned coach of the year honors back in California on the beach side,” Wright said. “He knows the game in and out and him joining our beach staff will strengthen the opportunity we have to earn championships on the beach side of things.”