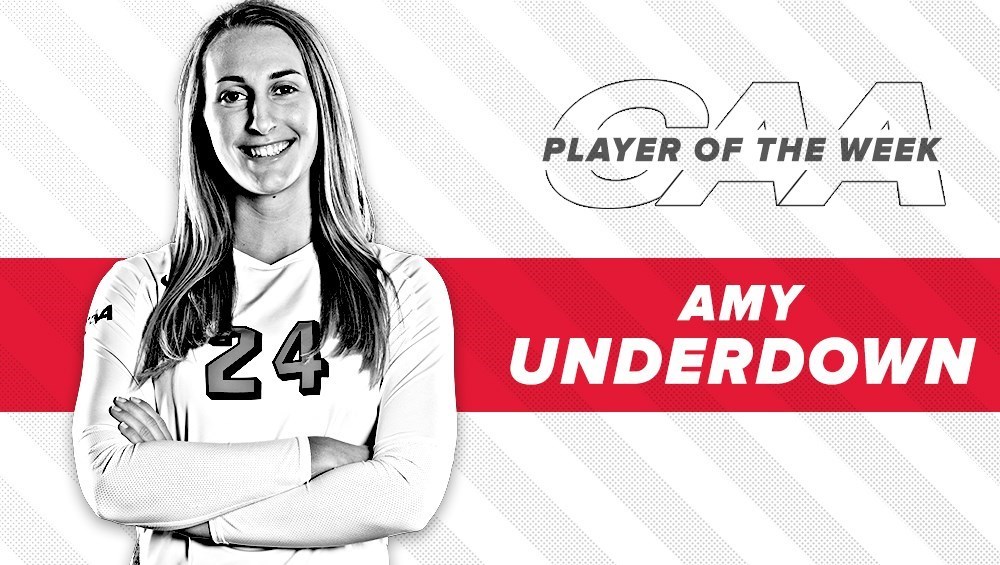 Northeastern middle blocker Amy Underdown notched 5.5 kills and 3.63 digs per set in the teams’ four-set wins over UNC Wilmington and College of Charleston en route to conference Offensive Player of the Week nods. The Temecula, California, native started the weekend with a bang, downing 28 kills and adding 16 digs against UNCW. The 28 kills were the most by a Northeastern player since 2008. In the weekend finale, the sophomore recorded a 16-kill, 13-dig double-double and two aces.

Delaware middle hitter Julia Hayes put up 1.8 blocks per set as the Blue Hens split five-set affairs with William & Mary and Elon. The redshirt freshman from Union, New Jersey, put up a team and career high nine blocks in each match. Hayes also accounted for nine kills, four against the Tribe and five against the Phoenix, while hitting at a combined .350 clip. 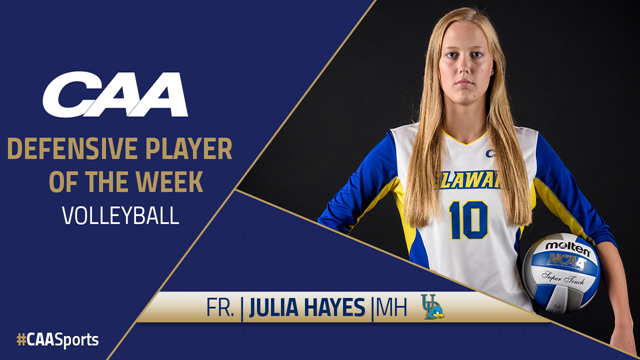 Carpenter hit at a team-best .410 clip, while managing 2.11 kills and 1.0 blocks per set in Elon’s loss to Towson and win over Delaware. The Overland Park, Kansas, native started off with 10 kills and a .421 hitting performance, and wrapped up the CAA opening weekend with nine kills and eight blocks while hitting .400 against the Blue Hens. 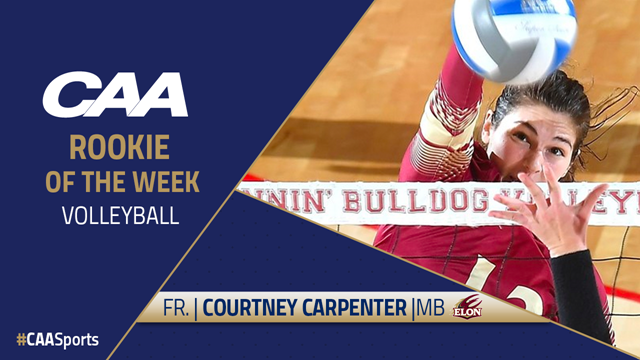 Price averaged 2.63 kills per set and hit at a .432 clip on the weekend as Hofstra topped College of Charleston and fell to UNC Wilminton in four sets. Against CofC, the Encinitas, California, native tallied 10 kills and hit at .450 clip, while adding two blocks. Against UNCW, the rookie downed 11 kills, while hitting .417 and adding a block and a dig. 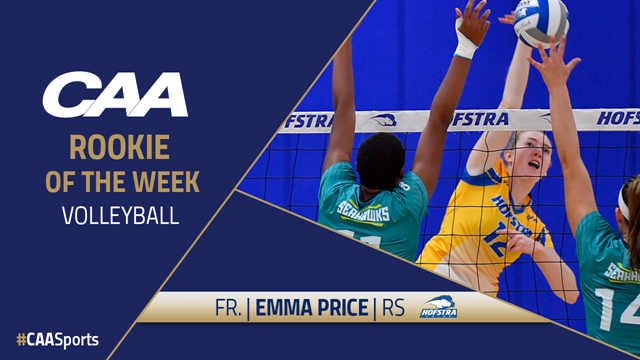