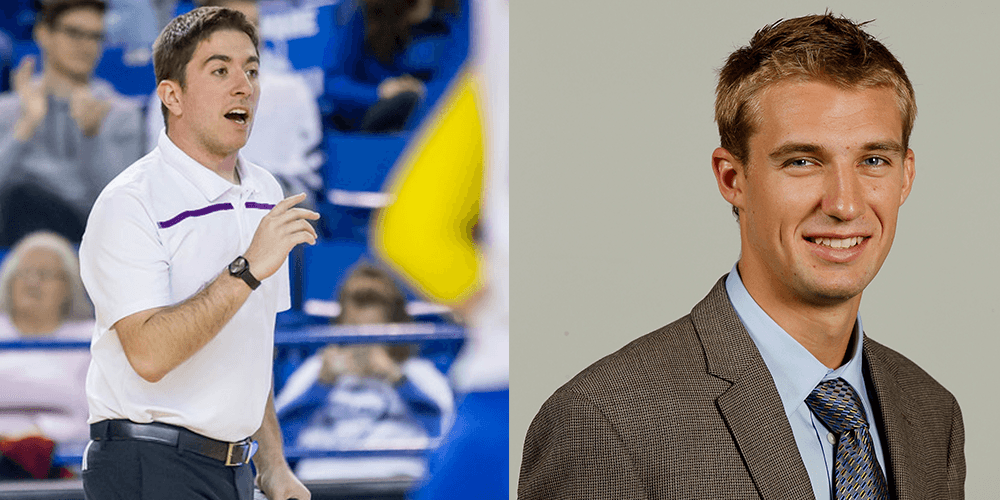 The Northwestern women’s volleyball team has added Brian Toron and Jeff Patton to its coaching staff for the 2017-2018 season. Toron joins... Current Photo via Northwestern Athletics

The Northwestern women’s volleyball team has added Brian Toron and Jeff Patton to its coaching staff for the 2017-2018 season. Toron joins the wildcats as a technical coordinator, while Patton joins the club as a volunteer assistant.

“I’m excited to have them both on staff,” said head coach Shane Davis, who is set to start his second season in Evanston. “Brian has been a head coach and an assistant coach and understands how a staff works. His knowledge of the game is a huge asset. Jeff is a young coach and I’m excited for him to bring his unique background in sports psychology here to Northwestern.”

Toron comes from the University of Delaware, where he served as the interim head coach during the second half of the 2016 season after being promoted from director of operations after the program’s head and associate head coaches were placed on administrative leave. After taking over a touch situation, he led the team to a 16-16 overall record, including 8-8 in the CAA, which meant their first CAA tournament appearance since 2011. The team was just 12-17 (4-12 CAA) a season prior.

Toron is a graduate of Delaware, where he played on the school’s men’s club volleyball team and served as a male practice player for the women’s varsity squad.

Patton, meanwhile, is intimately familiar with coach Shane Davis’ system and coaching style – he played for his new boss for 2 seasons while both were involved with the varsity squad at nearby Loyola University. After graduating in 2013, he has coached at the Division 1 Volleyball Club in Chicago and served as a youth counselor with a program called Becoming a Man (BAM) that provides mentoring to at-risk high school males. As alluded to by coach Davis, he completed a masters in counseling, with a specialization in sport and health psychology, in July.

Patton replaces outgoing volunteer assistant Pat Barry, while the technical coordinator role is a new one.

The team finished last season 10-22 with a 3-17 record in the Big Ten. The head coach Davis enters his 2nd season leading the Wildcat women after 18 as a player and coach at Loyola, which included back-to-back NCAA titles in 2014 and 2015. Besides his two newest assistants, his staff  includes assistant coach Kevin Moore and associate head coach Erin Virtue, the latter of whom was recently named a consultant assistant coach with the U.S. Women’s National Volleyball team.