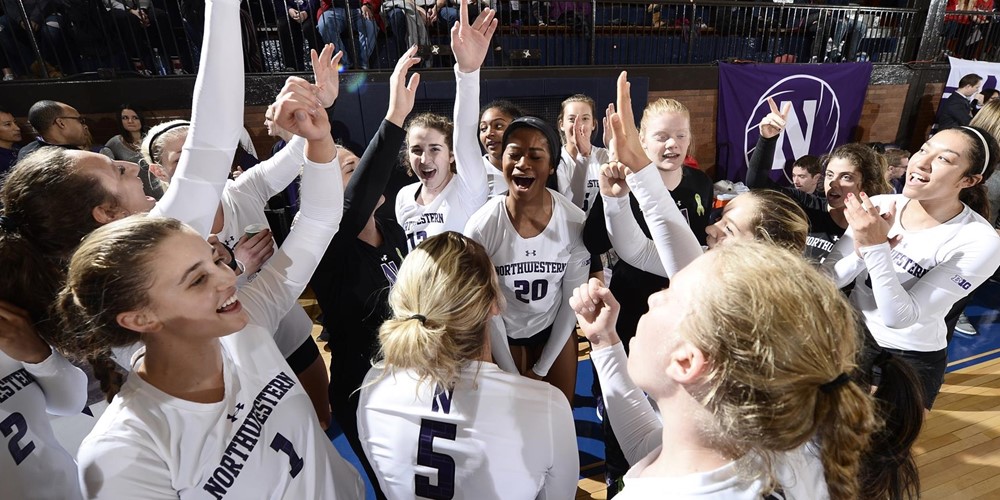 The 2018 slate features the return to Welsh-Ryan Arena, which is currently undergoing a complete, $110-million renovation. The volleyball team will play its last four home contests at Welsh-Ryan, starting November 9 against the 2017 Big Ten Champion Penn State.

Northwestern will play in four non-conference tournaments to start the season, also competing in the Colgate Classic Tournament in Hamilton, New York (Aug. 31-Sep. 1), the Arkansas Classic in Fayetteville, Arkansas (Sep. 7-8), and the Chicago Cup in Chicago, Illinois, hosted by Loyola-Chicago (Sep. 14-15).

Chicago’s Big Ten Team will start the Big Ten slate on September 21 at Indiana and will play two road matches before starting the home season at Evanston Township High School’s Historic Beardsley Gym on September 28 against 2017 NCAA Champion Nebraska. Beardsley Gym served as the temporary home for the volleyball program in the 2017 season.

On November 9, the Wildcats return to Welsh-Ryan Arena with their matchup against the Nittany Lions. Northwestern will play Rutgers and Illinois at their home venue before hitting the road for a two-match swing against Penn State and Michigan.

The Wildcats finish their regular season against Indiana at Welsh-Ryan Arena.

Northwestern will welcome the 18th-best recruiting class in the nation to Evanston in the fall, the second-straight year that the Davis-led coaching staff has reeled in a top-25 recruiting class.

Despite graduating Symone Abbott, Taylor Tashima, and Gabrielle Hazen — some of the most accomplished student-athletes in program history — the Wildcats bring back offensive firepower from rising sophomores Nia Robinson and Alana Walker. The duo helped lead Northwestern to its best hitting percentage in program history in the 2017 season. 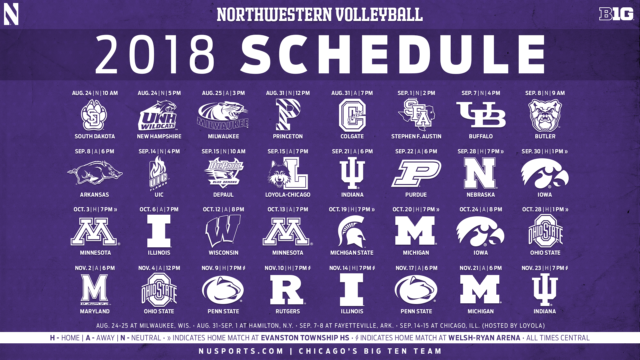