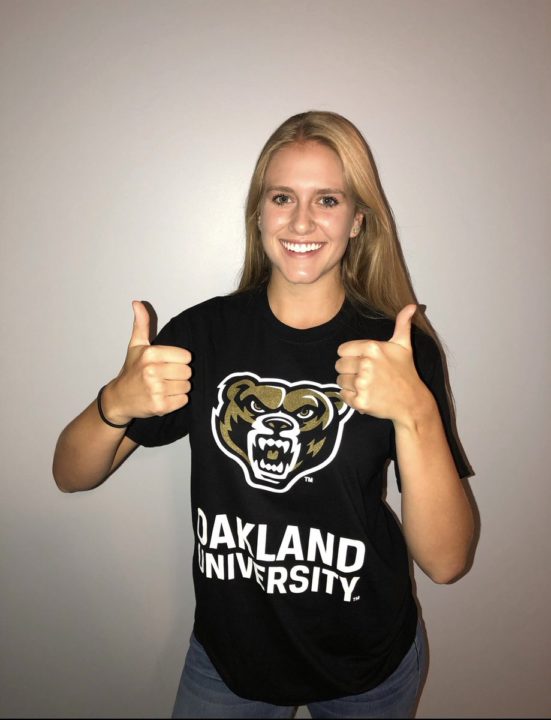 The Oakland University women’s volleyball program has landed a commitment from class of 2019 outside hitter/defensive specialist Haley Brown.

Standing at 5’8″, Brown will be a senior for the fall semester at Springboro High School in Ohio. In her third year of varsity as a junior, she helped the team to an 18-7 record and a 10-1 mark in conference play.

It’s the fourth class of 2019 recruit that Oakland has landed and has been registered in the VolleyMob Recruiting Database. Brown joins defensive specialist/libero Ryan Allor, setter Madi Ross and middle blocker Avolyn Lepo.

I’m super excited to announce I have committed to Oakland University to further my academic and volleyball career! I can’t wait to be a Golden Grizzly 💛🐻 pic.twitter.com/Yuzcks9hKB