Oleh Plotnitskiy Will Miss First-Half of Italian Season after Surgery 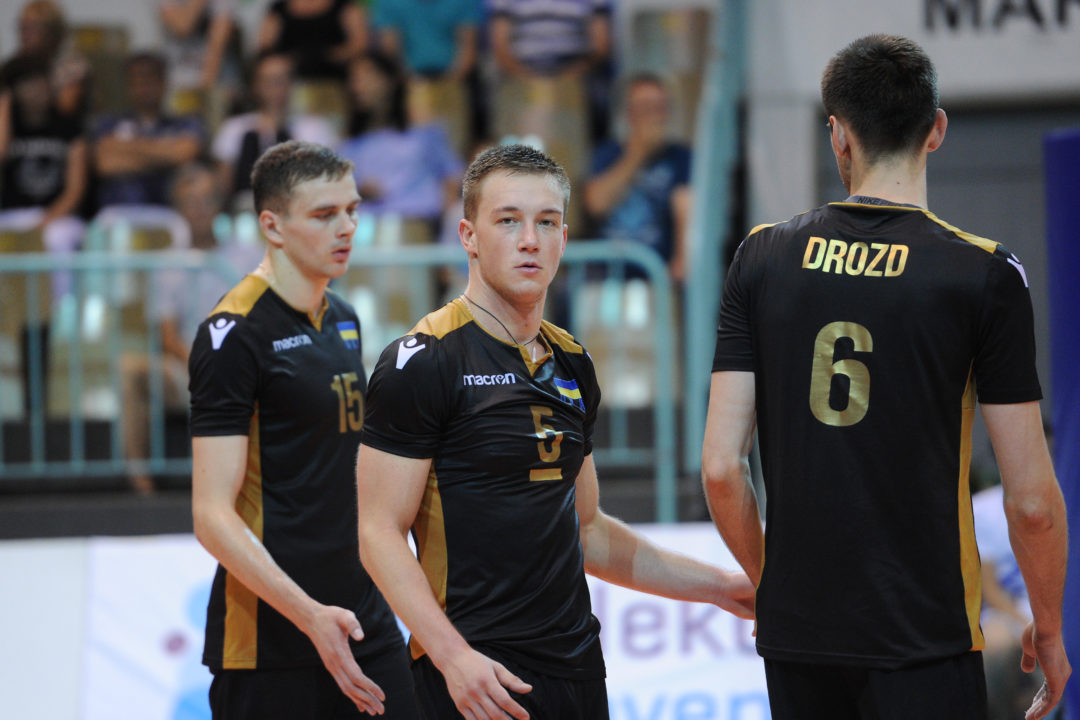 Oleh Plotnitskiy (#5) injured his left shoulder in training with the Ukraine National Team and will miss the first half of the Italian league season. Archive Photo via CEV

21-year old outside hitter Oleh Plotnitskiy has undergone surgery on his left shoulder to repair an injury sustained while training with the Ukraine National Team earlier this summer. The surgery is expected to keep him off the court for 5 months, meaning that he will miss most of the first round of play for Monza in the Italian league.

Plotnitskiy’s injury leaves the team a little thin in an area where they need some depth. 20-year old Czech player Donovan Dzavoronok is expected to start at outside alongside captain Iacopo Botto, who will turn 31 in September, with another 30-year old Andrea Galliani, who is returning to the team after a one-year absence, also in that corps. That group is very-much a case where Monza has coupled two young players with two veteran players, for the former to benefit from the experience of the latter, but with two 30+ year-olds in a group of just 3 at the position, they’ll need Plotnitskiy to immediately begin absorbing some jumps when he returns in December.

Monza finished 10th of 14 teams in last year’s Italian Championship, and brought in opposite Paul Buchegger, who was the 4th-best scorer in the whole league, to bring upgraded firepower to their offense next season. The team ranked just 11th in the league with 11.67 kills/set last season.

As for the National Team, Ukraine’s men are ranked just 34th in the world and are not qualified for this summer’s World Championship tournament. They finished 8th in the CEV Golden European League, with Plotnitskiy playing, where he ranked 4th in total points scored in the tournament in spite of the team not advancing to the final rounds. That included a 22-point outburst in an upset win over Turkey.