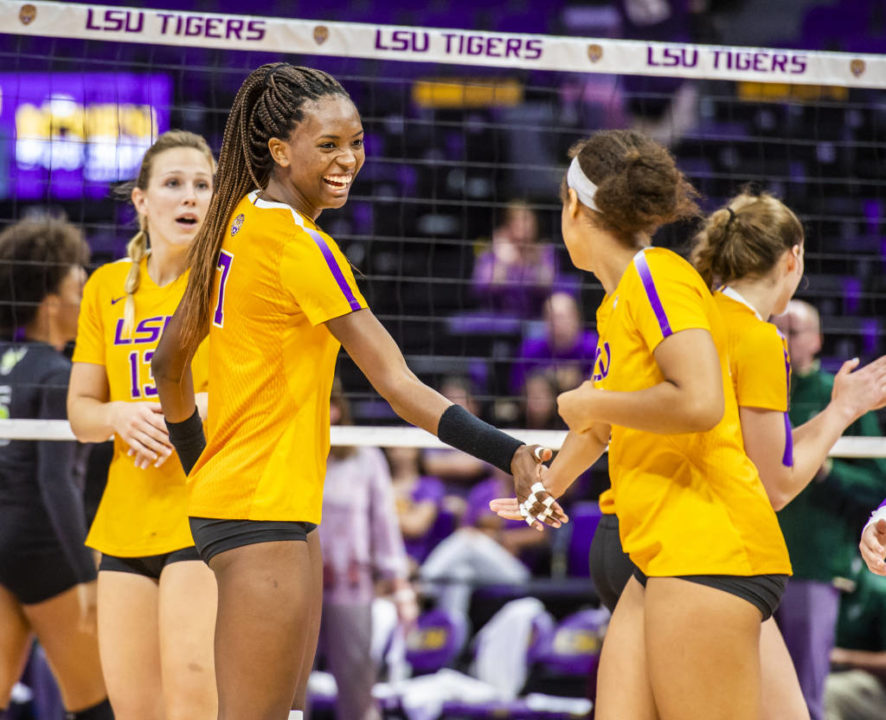 Taylor Bannister (above) led LSU with 36 kills in the 5-set match. Current

Beyer sat out the team’s previous 4 matches, where the team went 2-2 with wins over Oakland and  Abilene Christian and losses to Michigan and Colorado State.

The other highlight of the Saturday-evening marathon was the performance of Taylor Bannister, who had 36 kills. That’s the second-most kills in program history in a 5-set match behind only the 37 that Gina Tillis put up at Georgia in 2015.