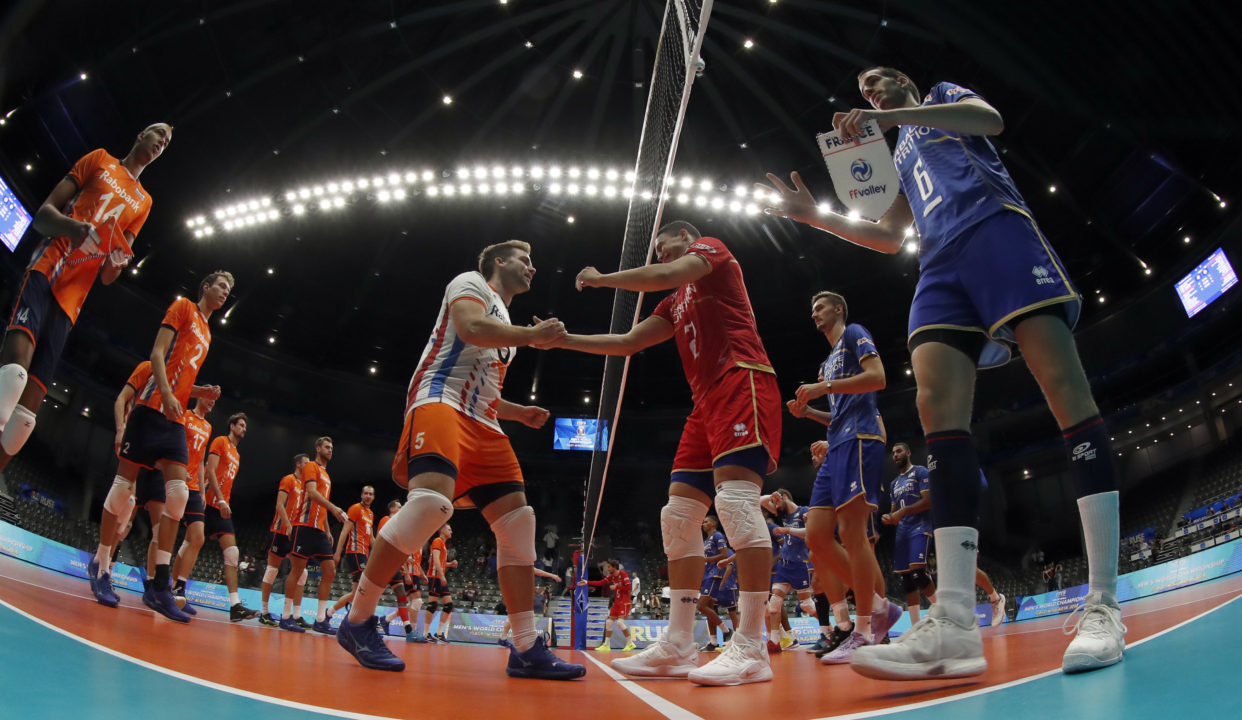 Barthelemy Chinenyeze started his 3rd-straight match on Sunday in relief of Kevin Le Roux at middle blocker, after Le Roux aggravated a thigh injury in the team’s opener and left in the 1st set. That was the last time we saw him at this tournament.

Chinenyeze had 10 kills in 3 sets in France’s Saturday win over Egypt, hitting 9-for-11 with 1 block. Whiel France’s block has suffered without its tallest player, Le Roux (2.09m, 6’10”), but Chinenyeze  has brught a strong offensive presence in partnership with Nicolas Le Goff.

France has already clinched advancement to the 2nd round of the tournament, but in this year’s format, their opening round results go with them to determine 2nd-round standings.