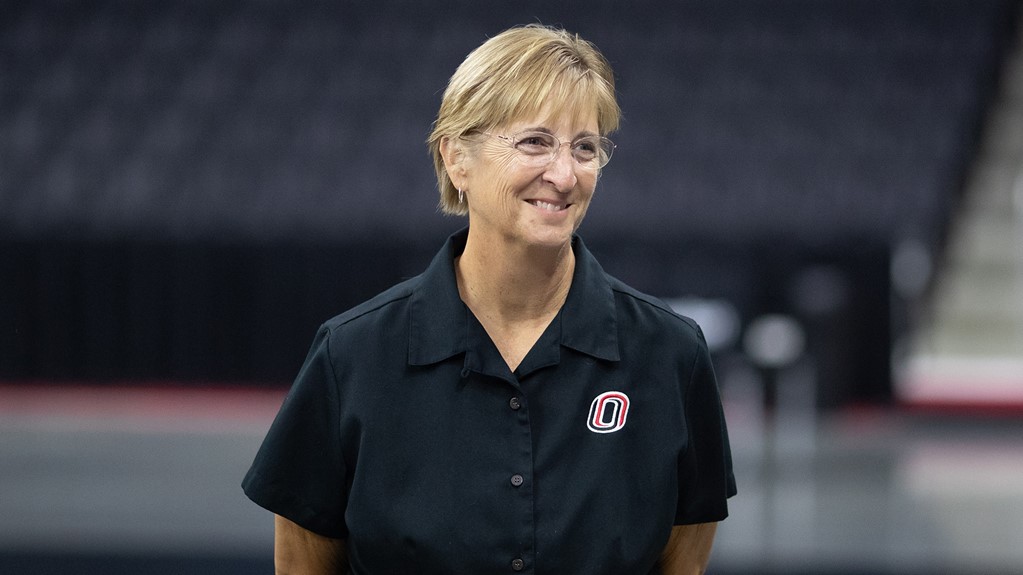 University of Nebraska Omaha (UNO) head women’s volleyball coach Rose Shires earned her 500th career win as an NCAA head coach, making her just the 79th active coach across all 3 divisions to do so. The 1996 AVCA Division II Coach of the Year has earned all of those wins at Omaha and ranks 33rd on the active list for most career victories as an NCAA head coach.

“I hired Rose (Shires) as an assistant coach 31 years ago, and it was apparent that she had a bright future ahead of her,” said UNO Athletic Director Emeritus Connie Claussen. “She has consistently raised the level of the program of the people around her, and she has won 500 matches with unwavering sportsmanship.”

A milestone 29 years in the making.
5️⃣0️⃣0️⃣ CAREER WINS.

Welcome to the club, @CoachShires!

Shires entered the season with a 493-383 career record (.563), earning all of those wins with UNO; most of those wins were earned at the Division II level, before UNO became a full-fledged member eligible for NCAA Division I post-season play in the 2015-2016 season.

UNO is 7-7 this season, with the magic 500th win coming on the road over North Dakota State on Sunday 3-2. The team is 2-0 after their Summit League-opening road trip also saw a win on Friday 3-1 over South Dakota State.

The match was a career-marking day for several members of the team. Besides Shires’ 500th win, freshman setter Sydney Case had a career-high 65 assists, and sophomore outside hitter Claire Leonard had a career high 18 kills (while hitting .533).

The Mavericks will be back in action on Friday, September 28th against Western Illinois and then Sunday against Purdue Fort Wayne at home.