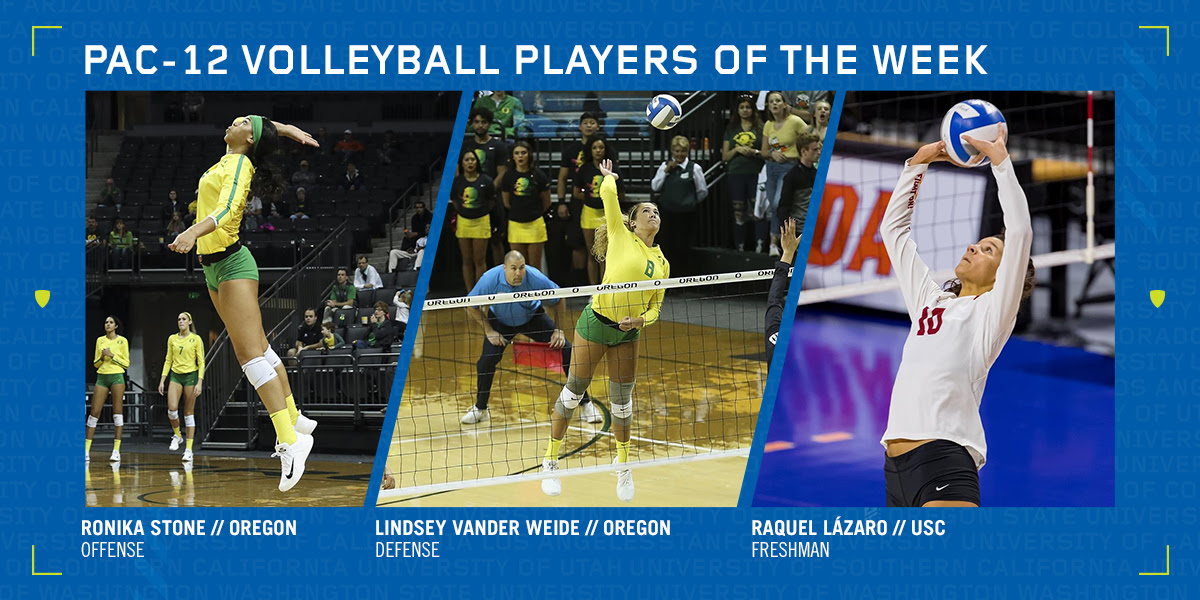 .@lindseyvdub was named the Pac-12 defensive POW and @ronikastonee garnered conference offensive POW honors after leading the Ducks to a 2-0 weekend #GoDucks

Raquel Lázaro, FR, USC (Córdoba, Spain)
6 SA, 3.38 DPS, 10.75 APS
• Posted her fifth and sixth-career double-doubles in a 3-0 sweep over crosstown rival No. 18 UCLA and a 3-2 win over Colorado.
• Recorded a career-high six service aces in the sweep over the Bruins, the most aces in a single match by a Trojan since 2015.
• Dished out a career-high 58 assists, and played strong defense with 16 digs and four total blocks in the five-set road win over the Buffs.
• Third weekly freshman nod of the season after winning two-straight Pac-12 Freshman of the Week honors earlier this season and the 17th freshman weekly honor for the Trojans.