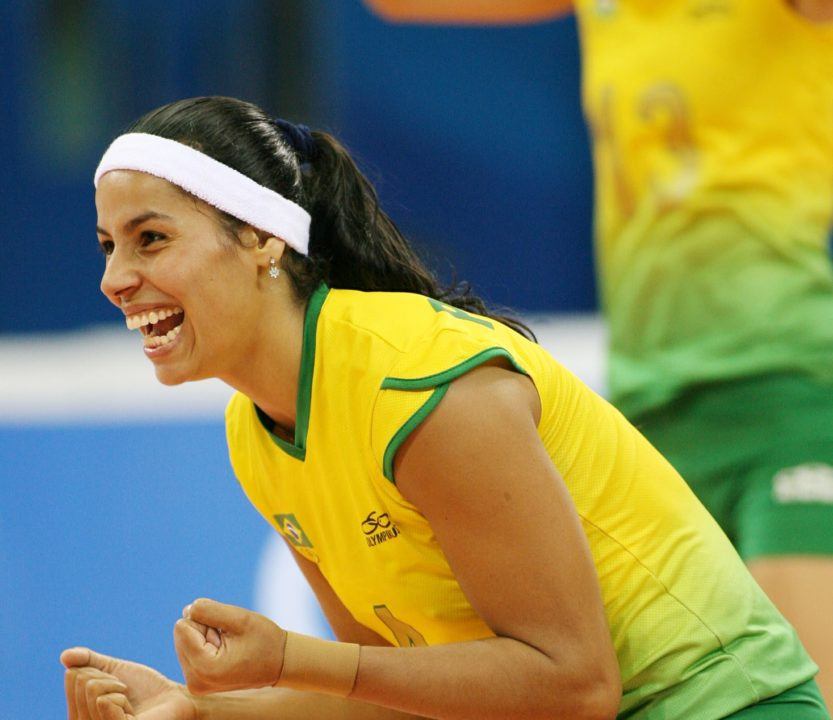 Osasco has announced in its official Instagram page that it has signed Paula Pequeno, who is transferring out of Bauru, to its roster. The 36-year-old 6’1″ outside hitter, who spent all of her pro career in Brazil, Russia, and Turkey is returning to Osasco, after a 10-year-absence. She is a two-time Olympic gold medalist, in 2008 and 2018 (MVP), and a two-time Grand-Prix winner, in 20105 (MVP) and 2008.

Here are Paula’s first words upon her return:

“Wearing this jersey shirt again is an old wish of mine. A dream that is now reality. I’m ready to help on and off the court, to assist with my experience in whatever it takes. These were days of much anticipation, for my desire to return was enormous. Training with the girls was very important and knowing that I have a competent technical committee and that will help me achieve my physical and technical limits is good too.”

“Paula needs no introduction. She is a great athlete and great person. We have known each other for a long time and she has huge ties with Osasco. Surely she will help us a lot in the mission to keep Osasco at the top of the competition. She adds quality, experience, and another option at the wing position. For my part, I hope to be able to add a few more points of evolution in her game. Working together with her again is a joy. And we’re going to work hard for titles.”

Osasco, which finished the last Superliga with a 15-7 record (4th place) before being knocked out of the competition in the semis, will have 4 Olympic medalists in its roster: Paula, Walewska Menezes (gold in 2008, bronze in 2000), Carol Albuquerque (gold in 2008), and Destinee Hooker (silver in 2012).