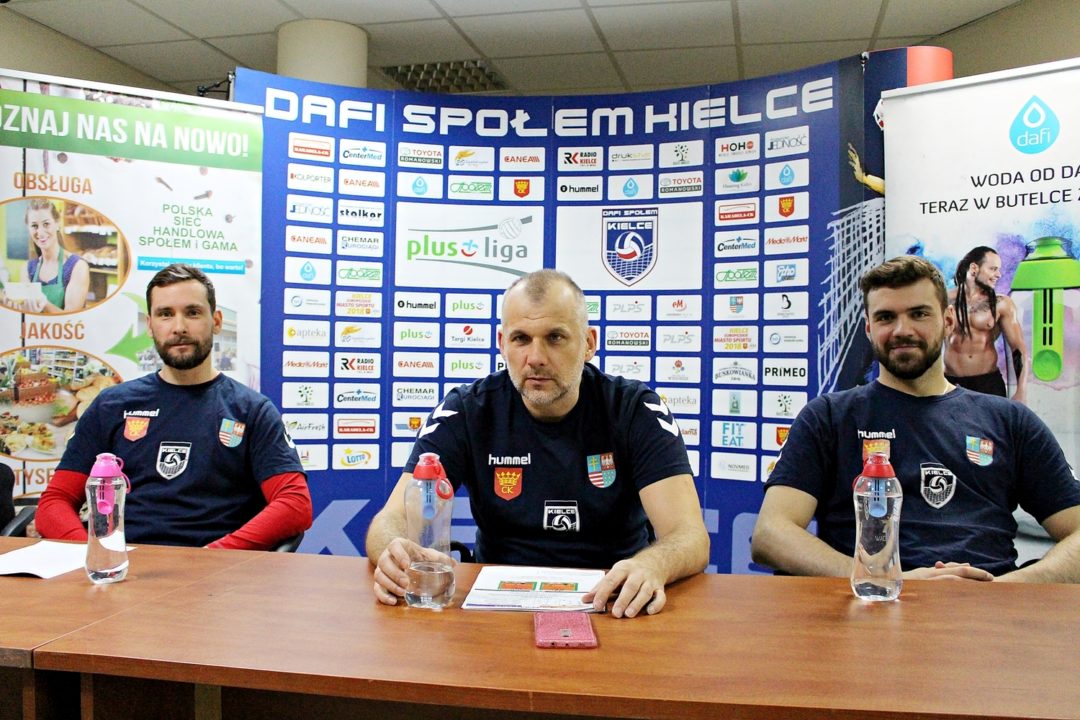 Kielce is not having the PlusLiga of its dreams Current Photo via Siatkakielce.pl/

Kielce is not having the PlusLiga of its dreams, as the team currently occupies the competition’s last spot with a 4-22 record, and is almost surely relegation bound. Due to its situation, a win against direct opponents Bielsko this weekend would surely have helped in its fight against impending doom. The team started the first two sets very well, dominating the game until the 15 point marks, before collapsing and letting Bielsko seal the deal. It entered the third set very hungry, taking it by storm, But the fourth set was more of the old same, and Bielsko went home with the win. Kielce’s coach, Dariusz Daszkiewicz, was devastated with the result and shared some thoughts with the media (Siatka.org):

“After we reached 13 points, we gifted Bielsko with 9 points from errors, which in this level is just unforgivable. We have a mental problem. When two or three actions do not go our way, the team quickly loses confidence and can not rebuild it. The first two sets were a pity, our game is falling apart like a house of cards. We run, we play really good volleyball, and for some unknown reasons we make simple mistakes.

Now, we have very difficult matches against the strongest PlusLiga clubs in recent years. Paradoxically, maybe it will be a bit easier for us to play these matches, because there will be no pressure on the players. I hope that in the next matches we will try to show a good volleyball without thinking about the fact that we have to win. We know that our opponents will be the decisive favorites.”