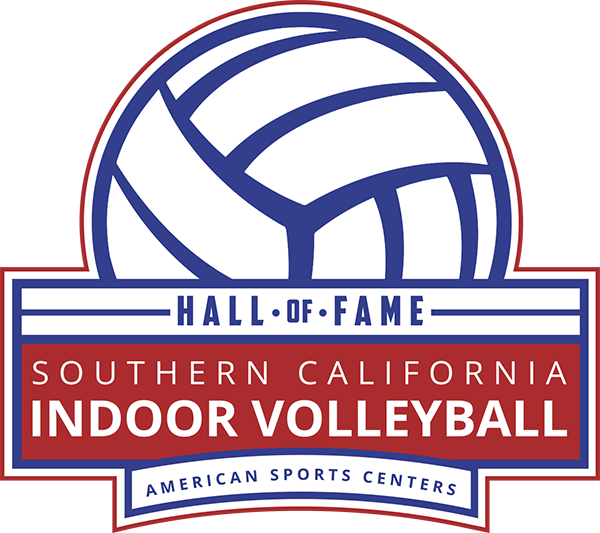 Pat and Sharkie Zartman, long-time residents in the South Bay area, have been selected for the 2019 Southern California Indoor Volleyball Hall of Fame (SCIVBHOF) Lifetime Service Award for their combined over 100 years in the sport.   They will be honored on Sunday night, May 5 at the Highway 39 Event Center in Anaheim with fellow lifetime award selectee Ann Davenport.

Pat started with the USA National Team as assistant coach in 1970 and became head coach in 1974.  During that time he started The Spoilers Volleyball Club Program in the South Bay and coached and managed the program for over 30 years along with his wife Sharkie.  He attended San Gabriel Mission High School and played volleyball all four years at Loyola-Marymount University.

Sharkie was an All-American setter-hitter for Andy Banachowski at UCLA and part of his first AIAW title team in 1972.  She was selected as one of the 25 greatest players in Bruin history and her number 23 jersey was retired.  She played for the USA Women’s National Team, including the World University Games and also played professional volleyball for five years. She was a five-time USVBA All-American and four-time national champion before turning to a successful beach career that includes being inducted into the California Beach Hall of Fame.

Pat had the Spoilers finish in the top ten at the USA championships for 32 straight years, producing numerous All-Americans and USA National Team members. His teams won eight championships and had five second place finishes. While coaching, he was a teacher at Torrance High School.  He is the longest tenured teacher in his 47th year, specializing in AP History and AP Psychology.

He also coached the Los Angeles Starlites in professional volleyball in 1987 and led the team to the title. His team included SCIVBHOF selections Debbie Green and Jeannie Reeves. Through his Spoilers program he has coached HOF honorees Flo Hyman and Liz Masakayan, plus beach greats like Holly McPeak and Elaine Roque. Internationally, he was the American Coach of Brazilians Jackie Silva and Sandra Pires, the first ever Olympic Beach Gold Medalists in Atlanta 1996.

Sharkie has a master’s degree and is a professor at El Camino College where she teaches health and fitness.  She was the head volleyball coach for 10 years, winning two state and nine conference titles.  Sharkie hosts “Sharkie’s Pep Talk” on Healthy Life Radio.  She is the author of various books on the subject including the 2004 #1 Amazon Best Seller, ‘Youth Volleyball: The Guide for Coaches, Parents and Athletes’.

“We had many top candidates for the SCIVBHOF Lifetime Service award and believe we couldn’t have selected two more deserving than the Zartman’s to go with Ann Davenport because of all they have done for volleyball going back to the 1960s,” said Mike Gallups, President of the SCIVBHOF and American Sports Centers.  “Pat and Sharkie have meant so much to so many important people within the sport and their records speak for themselves.”

The Zartman’s have been married for 42 years and have two volleyball playing daughters Chrissie and Teri, who were both outstanding indoor and beach players (both were California State High School and CIF Indoor champions, High School All Americans—Chrissie played at UCLA where she was a 3 time MVP and All American and Teri at UC Irvine where she was the all-time assist leader).

For the past 30 years, Davenport has run the most powerful organization for boys and girls club tournaments in the nation out of her office at American Sports Centers (ASC) in Anaheim.  The SCVA has been responsible during her leadership for helping over 10,000 high school students to receive college volleyball scholarships through the work of the program.
Ann was a local volleyball player in Southern California that played all the way through USA Master’s competitions. She attended and played at Whittier College.  She is the mother of three daughters.  The SCVA Program Coordinator is her daughter Shannon. She and her sister Leiann received college volleyball scholarships at St. Mary’s College and UC Irvine respectively.
The youngest daughter Lindsay went into tennis and won the 1996 Olympic Gold Medal in singles in Atlanta and won three Grand Slam titles.

“Southern California girls and boys’ volleyball would not be the success it is today without the leadership, guidance and expertise that Ann has shown over her time in charge of the SCVA,” said Mike Gallups, President of the SCIVBHOF and American Sports Centers.  “Ann is so deserving of this recognition because of how many people she has made a difference in their volleyball lives over the years.”