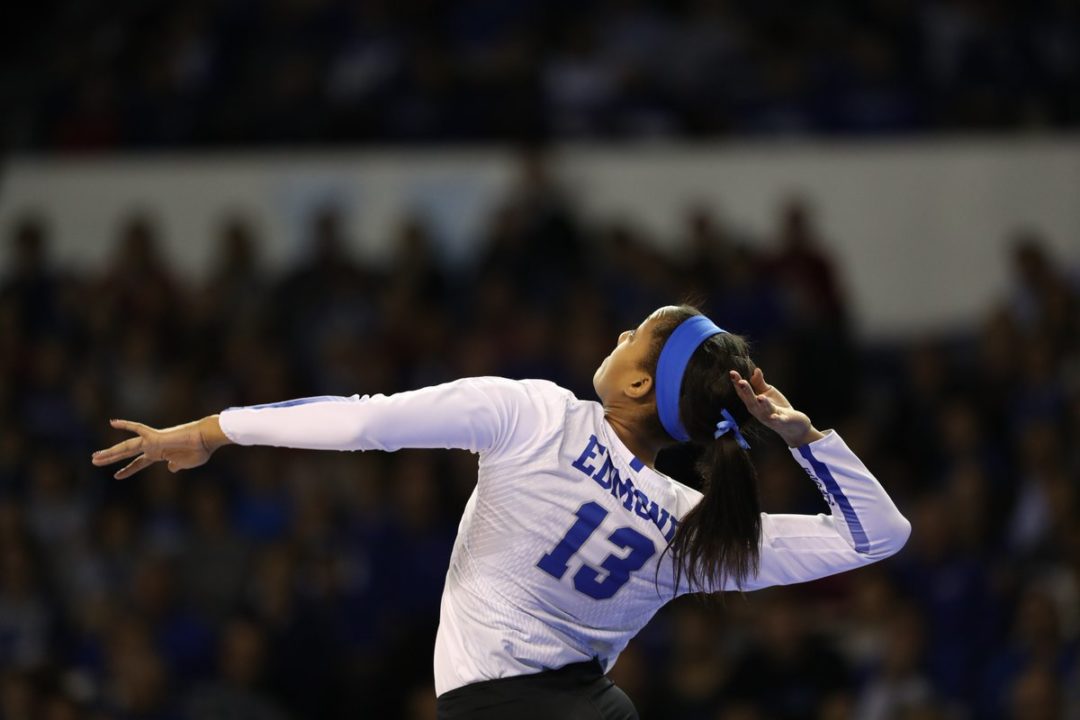 Following a Halloween victory over Florida, Kentucky hops into the top 12 for the first time since the opening week of the season. Archive Photo via Kentucky Athletics/Volleyball

Following the action in week 10 of the season, we see a bit of shifting in the top 10, but the biggest movement came after that in the middle region of the rankings. The largest benefactor in that regard was Kentucky, who’s Halloween victory over SEC foe Florida jumped them back into the top dozen. We start off at the top once again with still unbeaten BYU: