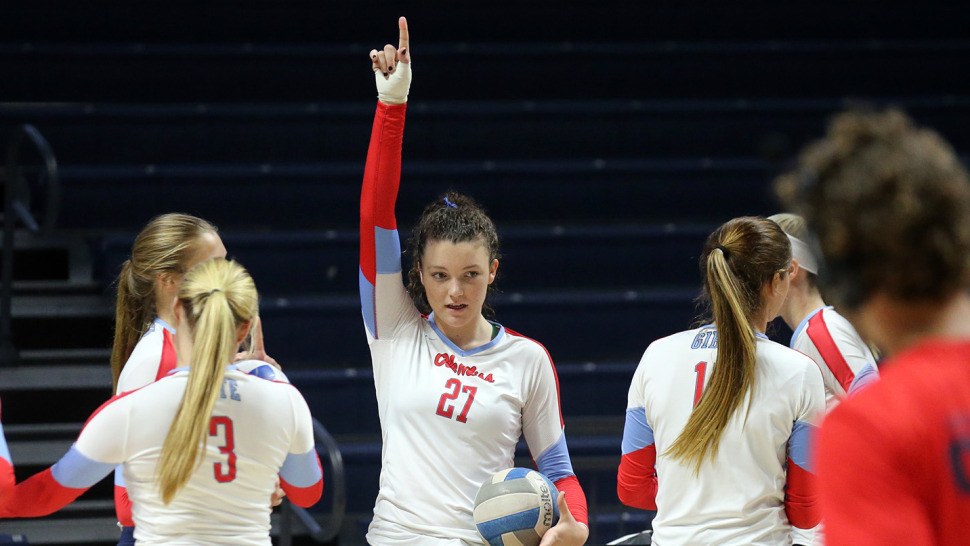 The Penn State Nittany Lions are bringing on an experienced transfer in Kathryn Cather, a 6’2″ opposite from Ole Miss. Cather will be an immediately eligible junior in 2017 and have two years left of play in her collegiate career at Penn State.

At Ole Miss, Cather began her career in 2015 by recording 203 kills (1.78 per set) on a .253 hitting percentage to go along with 51 blocks and 30 aces. Her performance earned her a spot on the SEC All-Freshman Team. In year two, Cather missed eight matches due to concussion-like symptoms, but although most of her stat totals dropped, her averages raised. She logged 2.64 kills per set and put together more blocks and digs per set as she played in 23 matches with 19 starts.

Prior to her days at Mississippi, Cather attended Hoover High School in Alabama, where she led her team to its first appearance in the state finals in 2014. As a four-year letter-winner, she made a bevy of award lists and recognitions in her prep career.

Cather is now one of three right sides on Penn State’s roster in 2017. Heidi Thelen started seven matches last year, while Cami May is an incoming freshman. Penn State finished 2017 with a 24-10 record (14-6 Big Ten) as they advanced to the Sweet 16.