Halkbank Men Dip Into Cuban Waters For Top Serie A Opposite 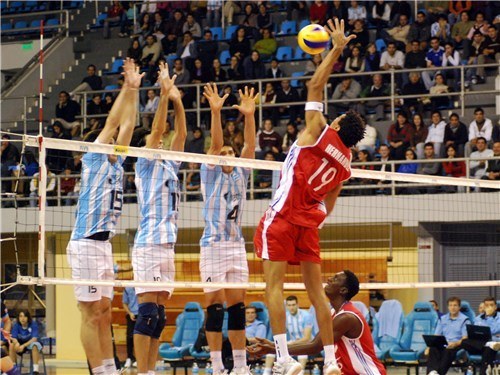 27-year old Cuban opposite Fernando Hernandez has signed with the Halkbank Ankara team. This continues a trend started by the club’s... Current Photo via FIVB

27-year old Cuban opposite Fernando Hernandez has signed with the Halkbank Ankara team. This continues a trend started by the club’s women’s team, who now have 3 Cuban players on their roster.

Hernandez replaces superstar Serbian Ivan Milijkovic, who has not announced his new landing spot but is rumored in connections with Olympiacos in Greece.

Hernandez comes to Turkey from Italy, where he played last year in Italy’s top Serie A league with Piacenza, who finished 6th in the regular season table.

Halkbank are the two-time defending Turkish Champions and have 8 titles in their history – second-most in the league only to Eczacibasi’s 12 (all won before 1992, when Halkbank won their first). Lasst year, they were just 2nd in the regular season, but defeated Arkas Spor in the final to win the league title. Regular season leaders Fenerbahce lost in the semi-finals of the playoffs.

Miljkovic was the 10th-rated opposite in the Turkish league last year – at 37 years old, still effective, but fading in his skills.