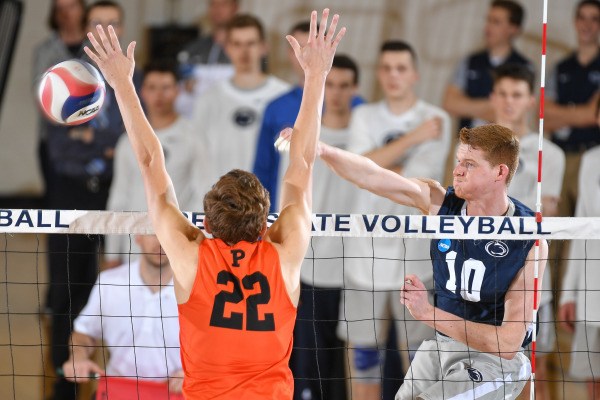 Chris Nugent racks up the awards this week, earning the AVCA Player of the Week. Current Photo via Penn State Athletics

With a consistent week and helping Penn State to a five set victory over then-#1 Ohio State, Chris Nugent earns AVCA Player of the Week honors.

Nugent put down a match-best 19 kills over the then-top ranked Buckeyes on a dominant .515 hitting percentage. In the final set, Nugent led the Nittany Lions to victory with the match winning kill. Defensively, Nugent picked up eight digs and three block assists.

With the win over Ohio State, Nugent helped lead the Nittany Lions to the first win over a top-ranked foe since the 2006 season.

In the next two match of the week, Nugent produced 26 kills, 15 digs and five blocks to lead Penn State to victories over Princeton and NJIT.

With the award, Nugent now has two AVCA Player of the Week honors in his career, with his last coming in the 2016 season on January 26. The award marks the 17th in Penn State’s program history.