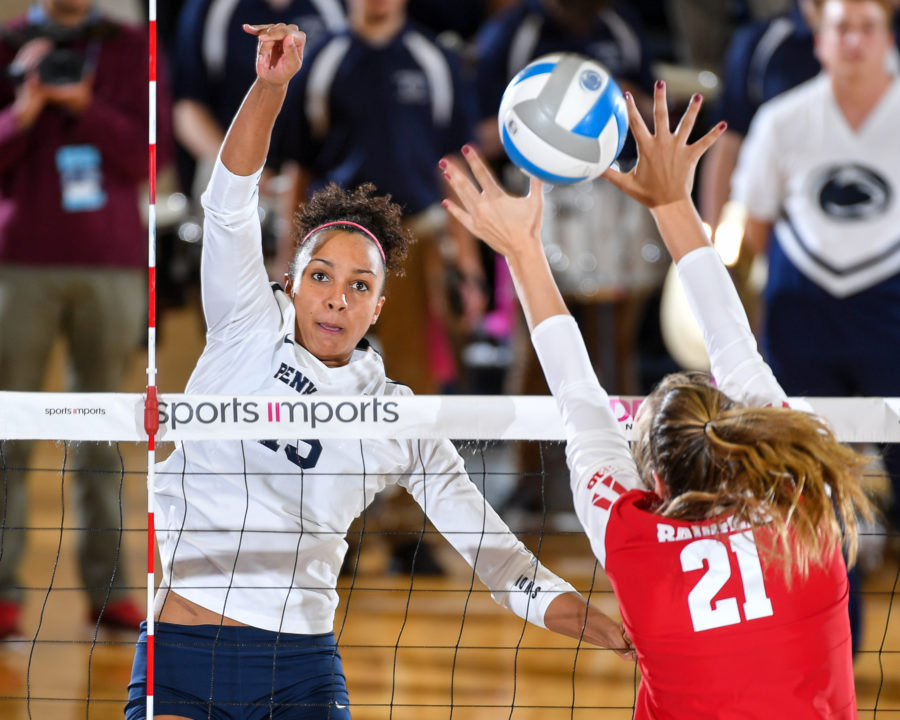 For the second time since the induction of the award in 2010, Penn State has secured a player winning the Senior CLASS Award with Haleigh Washington taking the honor.  Current Photo via Mark Selders

For the second time since the induction of the award in 2010, Penn State has secured a player winning the Senior CLASS Award with Haleigh Washington taking the honor. The award, voted upon by Division I coaches, national media, and fans, is given annually to “the most outstanding senior student-athlete in Division I volleyball.”

The finalists for the award are all elite-caliber players on the court, but to win the award an athlete must demonstrate achievements in four separate areas: classroom, community, character, and competition. The award was designed to recognize student-athletes who stay in school until graduation.

“First of all, it is an honor to be recognized in this way, and I’m so glad that I can represent Penn State in such a positive light,” said Washington. “I think Penn State has made me a complete person. It has cultivated more than just the academic side and the athletic side; it’s helped me grow as a human being. Just knowing how to engage with people one-on-one and how to make someone feel special and important and heard. That’s not a skill that a lot of people get to develop, and the fact I got to share in this community, and learn how to do that in this community is incredible. So I am just honored and so incredibly humbled that I get to represent Penn State in this way, but I would not have been able to do it without this community. It has made me who I am today.”

Washington has shown her skill on the volleyball court, being selected as an AVCA All-American two-times in her career. She has also been named as the Big Ten Defensive Player of the Year after posting an average of 1.52 blocks per set. Additionally, Washington led the nation with a .503 hitting percentage while contributing 3.06 kills per set.

In the classroom, Washington was selected as a three-time CoSIDA Academic All-American in her career with the Nittany Lions – earning second-team honors in 2015 and 2017 and third team in 2016. Washington has also earned three Academic All-Big Ten honors and has been named to the Penn State Dean’s List in multiple semesters.

Washington is the Nittany Lions team captain and a well-respected leader on the court who also serves her community with high character. For community service, Washington participates in a number of activities – Athletes Take Action Hall of Fame Sport’s Walk, volunteers with the Special Olympics and the Paterno Family Fun Run to name a few.

“Haleigh did not miss much in college that is for sure,” Penn State women’s volleyball head coach Russ Rose said of his senior captain. “She has always been on the go. Not a lot of universities are fortunate to have individuals like Haleigh. She did it the right way, and I hope she gets to book end her athletic experience, but also know that she certainly embraced the term ‘student-athlete.”