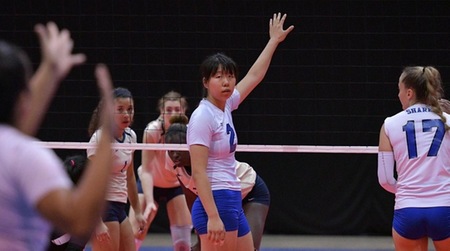 Junior College All-American Sun Wenting will be joining the Missouri women’s volleyball program for the 2018 season. A current attendee of Miami Dade College, Wenting was recently named to the AVCA All-America first-team for two year colleges.

As a sophomore in year two at Miami Dade College, Wenting totaled 324 kills on a team that went undefeated at 34-0. They also took home the National Junior College Tournament championship for the second straight season.

After spending two seasons at her previous stop, Wenting, a native of China, will be a junior when she begins her career at Missouri next season.

The Tigers will be coming off their second straight Sweet 16 appearance, as Missouri upended Kansas and #16 Wichita State in this year’s tournament to reach the Regional Semifinal. They had five outside hitters on their roster this year with two of that group being seniors. Their right side is also a senior, meaning they’ll be looking for new players to step up on the pins, giving Wenting a chance to compete for playing time right away.