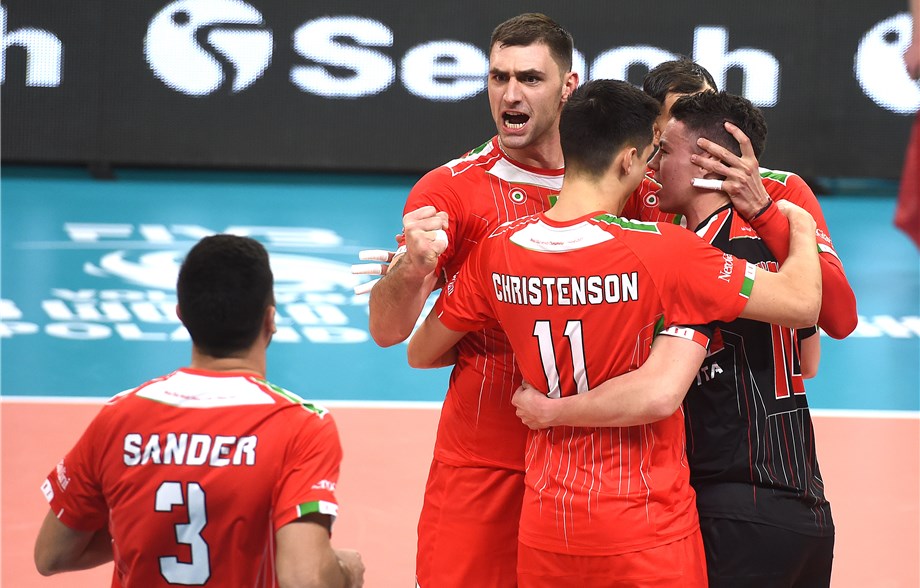 Following day one of the 2017 FIVB Men's Club World Championships, a number of semifinal berth could emerge after day two matches.  Current Photo via FIVB

In Pool B, Zenit Kazan and PGE Skra Belchatow are among those that could automatically find their way into the semifinals following their day two matches. On day one, Zenit Kazan downed Personal Boliver in straight sets while Skra did the same to Shanghai VB. On day two, they swap opponents and could secure their semifinal position with straight set wins once again.

Pool A could be a little more tricky when it comes to automatically placing a team following day two. Cucine Lube Civitanova shocked the reigning champions in straight sets on day one – being one of the hardest opening round draws in the tournament. They face off against Zaksa Kedzierzyn-Kozle on day two who also won their day one match in a five-set comeback win over Sarmayeh Bank. A win for the winner of Cucine Lube/Zaksa on day two could secure the semifinal spot for the victor.

Zaksa has a more difficult road to the Final Four as they still have to face off against Sada Cruzeiro on day three which could make or break their semifinal chances if they lose to Cucine Lube.