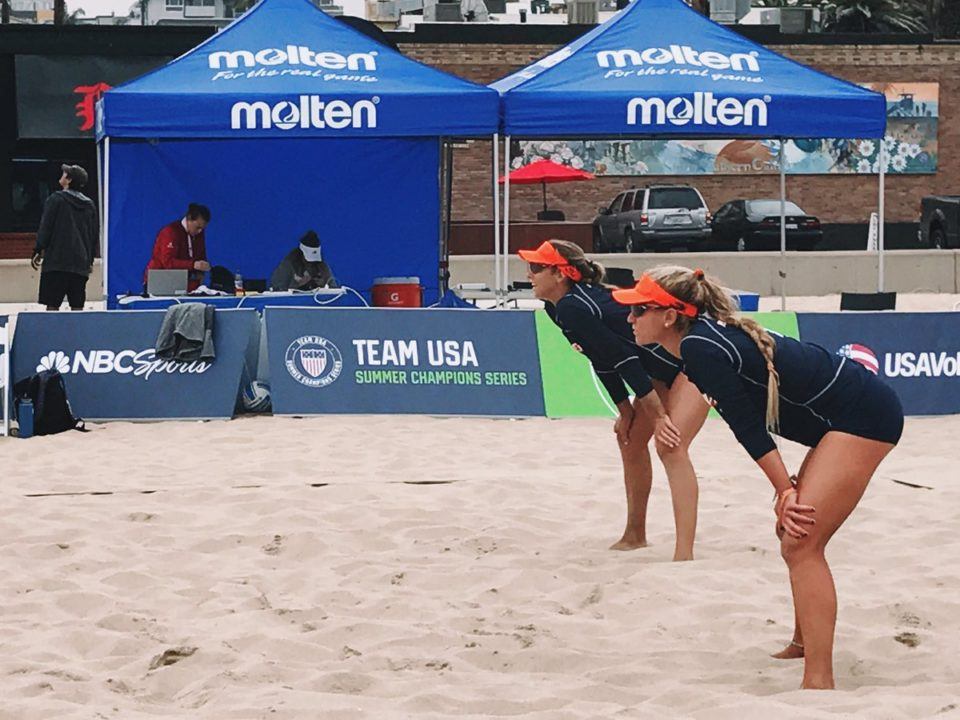 Head Coach Nina Matthies added AVCA All-American and recent Waves alumna Delaney Knudsen to the Pepperdine beach volleyball coaching staff, as announced on Thursday afternoon.  Knudsen was an AVCA and Volleyball Magazine All-American first teamer in 2017 and brings a wealth of playing experience to the staff.

“We are extremely fortunate and very happy to have Delaney Knudsen want to join our beach volleyball staff as a volunteer coach,” said Matthies.  “Delaney brings a wealth of beach volleyball experience, she understands our system and team culture and knows how win.

“She is just a joy to be around she has such a positive outlook on life and school and will be a valuable asset in communication between coaches and student athletes.  She has already proven her skills in the office giving a fresh set of eyes and new ideas to Marcio and myself.”

Throughout her four-year career with the Waves, Knudsen amassed an 81-31 overall record for a .723 winning percentage.  In her 2014 season, she helped the Waves to an AVCA Beach Volleyball National Championship title with a 19-7 overall record, including a 15-4 record in dual action.  In her senior campaign, the captain led the Waves to a NCAA Championship runner-up title after going 20-12 alongside partner Madalyn Roh.

“The opportunity to join the coaching staff here at Pepperdine is an honor,” said Knudsen.  “Nina and Marcio, and Gustavo and Daze when they were here, have all had an incredible impact on me as both a player and a person during my time as a student athlete. I am excited to be able to continue to learn from them on a whole new level as I step into the office with them. I am also looking forward to the opportunity to stay involved with the girls on the team and to help them in their journey towards a National Championship!”

Knudsen is also not a stranger to the AVP tour during her time as a Wave and after.  In 2017, she competed in seven AVP tour events as well as six other tournaments including USA Volleyball High Performance tournaments, CBVA events and most recently took third place alongside current Wave Corinne Quiggle at the NORCECA Punta Cana.

Follow @WavesBeachVB for updates and check on PepperdineWaves.com for full results, recaps and more!