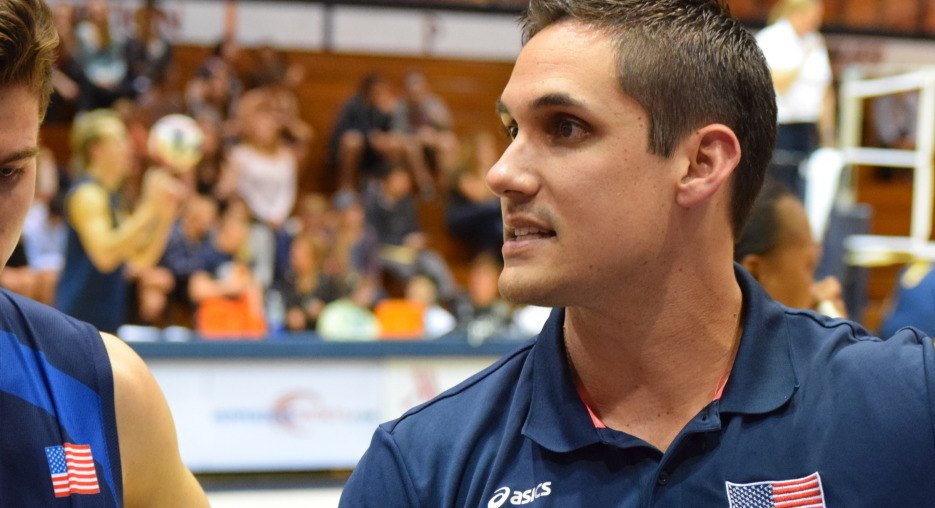 David Hunt has been promoted from longtime Pepperdine assistant to the new head coach of the men's team after Marv Dunphy retired. Archive Photo via Felix Chamberlain

“I want to thank everyone in the Pepperdine community for all their support through this transition,” Hunt said in the Pepperdine release.  “I am excited to continue the tradition and live up to the standard Marv [Dunphy] has set as the men’s volleyball coach at Pepperdine.  I look forward to sustaining the culture of excellence that has been set by those who have come before me.”

Although Pepperdine had a losing season in 2017, they’ve developed one of the top men’s programs in the nation. They’ve collected 15 NCAA Tournament appearances with five turning into National Championships. Hunt has been a key component as he’s been with the team since 2007 when he was a volunteer assistant. In 2010, he was elevated to assistant coach and received another boost in 2014 as the associate head coach. In all of his time with the Waves, he’s been a part of nine teams that finished in the AVCA top-10, with six in the top-five. It’s always a good sign when a former legendary head coach passes off approval as well.

“I am happy for the players, program and University,” Dunphy said of the news. “David knows how to teach the sport and produce young men of character.”

Similar to the former head coach, Hunt has some experience with USA Volleyball. In 2014, he served as a consultant coach on an American women’s team that won gold at the FIVB World Championships. He even was chosen as the head man for the U.S. Women’s National Team at both the NORCECA World Championship Qualification Tournament that same year and the Pan American Cup in 2015. Last year, he remained on as a consultant coach during the bronze-medal run for Team USA at the Olympics.

Hunt has the difficult process of replacing Dunphy, who was the program’s most legendary and tenured coach. As an honoree of the AVCA Thirty Under 30 Award three times, Hunt will have the potential to stay with the program and keep coaching continuity going for a long time in beautiful Malibu, California.