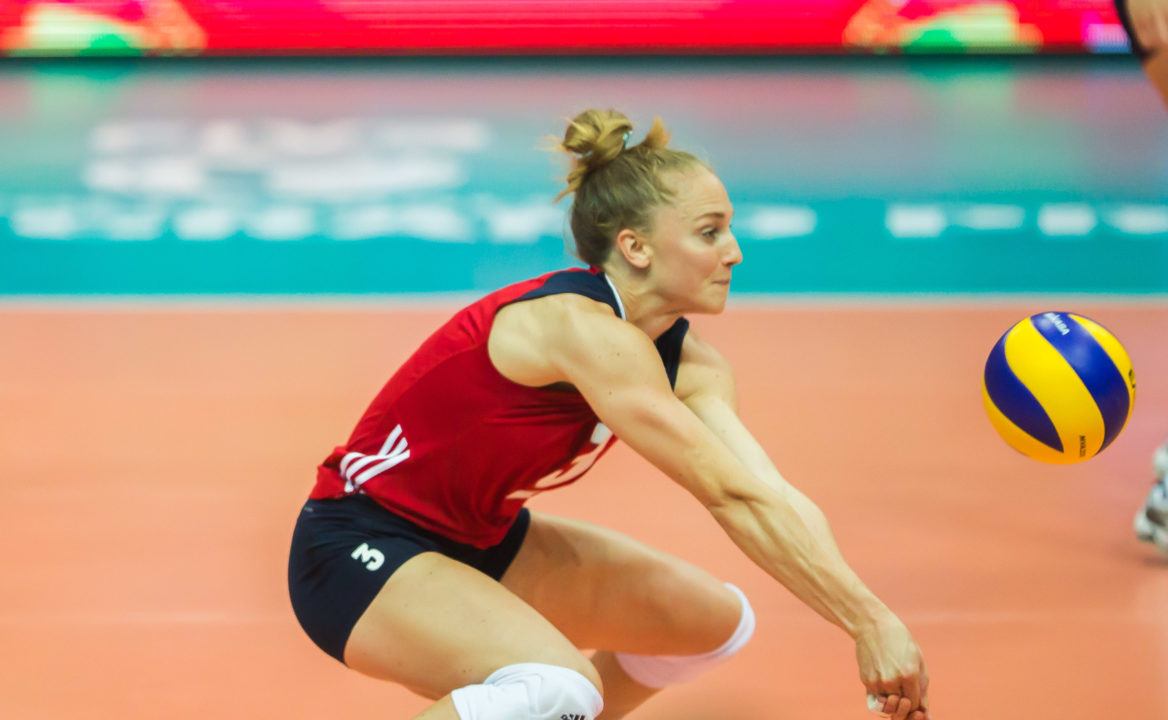 Carli Lloyd, the captain of Team USA, is taking her biggest leadership role yet at the 2017 FIVB World Grand Prix. She’s been the captain once at a more minor tournament, but now at 27 is taking the reigns of the U.S. Women’s Senior National Team in the Grand Prix – with several hundred thousand dollars on the line.

Below, Lloyd talks from China about her job as captain. She first gives credit to the captains that came before her, including 2016 Olympic captain Christa Harmotto.

The Americans went 3-0 in their first week of action, beating Russia 3-2, Italy 3-0, and defending Olympic champions China 3-0. After that match, Lloyd said “I’m really happy to win this match. We know that China is a strong team and we just stayed together and we made some really good adjustments from last night to tonight. This is what we are trying to do all the time.”