Auburn Tacks on a Pair of Transfers to 2017 Roster 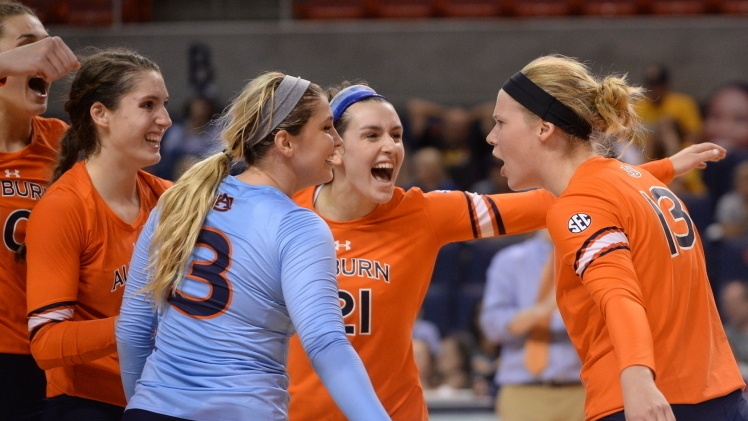 The Auburn Women’s Volleyball team is adding two transfers to its roster for the 2017 season. Shaina White comes from Northeastern and will have three years left of eligibility while Isabella Thompson transfers in from the junior college level and will have two years remaining of play.

A soon-to-be sophomore from Mission Viejo, California, Shaina White earned the attention of Northeastern where she attended as a freshman in 2016. The 6’1″ middle blocker was named Colonial Athletic Association All-Rookie Team last year as she recorded 203 kills and 61 blocks in her first collegiate season.

Joining White is Isabella Thompson, who comes by way of Santa Barbara City College. The rising junior stands 6’0″ tall and also plays the middle blocker position. In her two seasons in the junior college ranks, she was a two-time All-WSC North performer on a team that went 48-8 in two years. In her final year at Santa Barbara City College, she totaled 101 kills and 70 blocks.

Both transfers joins a competitive position that features three other middle blockers on Auburn’s roster. They will try to emerge and get playing time in year one on an Auburn Tigers team that finished 15-16 in 2016 and went 9-9 in the SEC. They were picked to finish fifth in the upcoming 2017 SEC season.