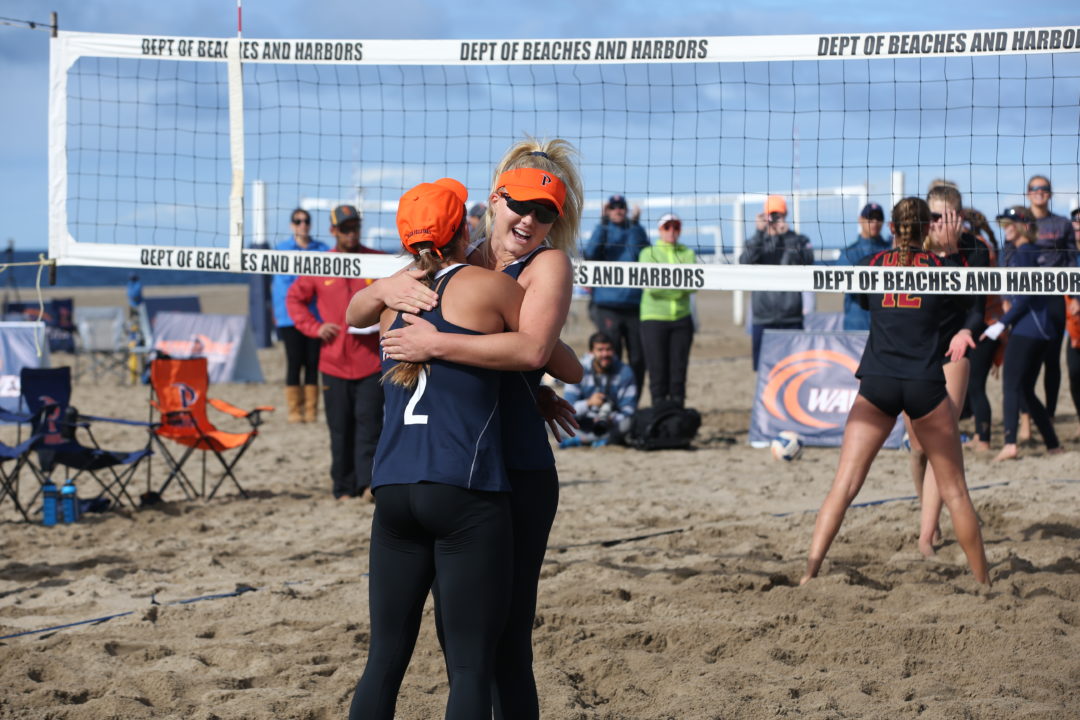 Pepperdine remains the #1 team in the country after escaping the East Meets West Tournament with a 4-0 mark. Current Photo via Pepperdine Athletics

Pepperdine remains the #1 team in the country after escaping the East Meets West Tournament with a 4-0 mark. UCLA climbs up to #2 following the tournament after completing the same feat against the Eastern teams.

USC fell back to #3 after losing to LSU in the East Meets West Tournament. The Tigers are just the 6th team to take down the Trojans in a varsity beach volleyball match and move up to #7 from #9 after the accomplishment, despite that being their only win of the weekend. Florida State moves to #4 while Hawaii falls back to #5 from #3 following the big tournament. This comes as a shock as Hawaii went 3-1 for the weekend while the Seminoles ended 1-3.

The back half of the top-20 saw teams move up by one position while Florida Atlantic fell back to #20 from #15 after losing to Florida Gulf Coast and Georgia State at the Burrow Beach Bash.

Falling out of the top-20 was TCU as they struggled at the East Meets West Tournament, falling to all of their opponents for a 0-4 weekend.