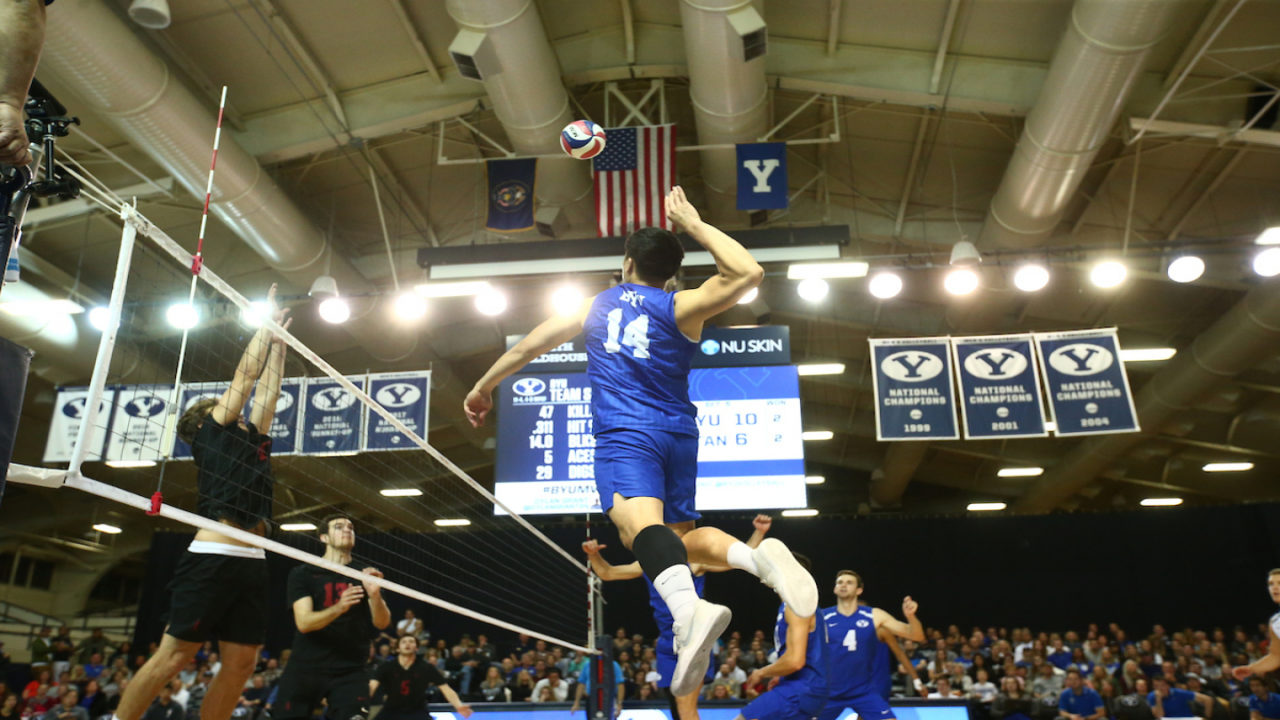 Long Beach State held on to the top spot in the AVCA poll for the ninth straight week, while BYU, Cal State Northridge and UC Santa Barbara were the biggest movers, each climbing two spots in the Week 10 poll.  Current

One thing has remained unchanged in the AVCA Division I-II poll over the last nine weeks, Long Beach State’s name in the No. 1 spot. The 49ers occupy the top spot in the Week 10 poll released on Monday with a program-best 17-0 mark, but the remainder of the Top 5 has flip flopped this week.

BYU moved up two spots to No. 2 with wins over Penn State, Lewis and Hawaii at the Outrigger Invitational, while the Rainbow Warriors dropped a spot to No. 3.  UCLA took over the No. 4 position and UC Irvine fell two spots to No. 5.

The middle of the poll stayed pat with Loyola-Chicago, Pepperdine, Lewis and Ohio State ranking sixth through ninth for the second straight week.

In addition to BYU’s two-spot ascension, Cal State Northridge and UC Santa Barbara each moved up two places, landing at No. 10 and No. 12 respectively. The Matadors topped George Mason and Harvard, while the Gauchos bested Fort Wayne and Ball State.

Back in the poll after a two-week absence is Fort Wayne. The Mastodons are ranked 15th, matching their Feb. 18 ranking, after going 2-1 on a trip around California last week. Fort Wayne bested UC Irvine in five and swept Concordia Irvine to bookend a 3-0 loss to UC Santa Barbara. The Mastodons fall No. 11 Ball State twice this week, in Fort Wayne on Wednesday and in Muncie on Saturday.