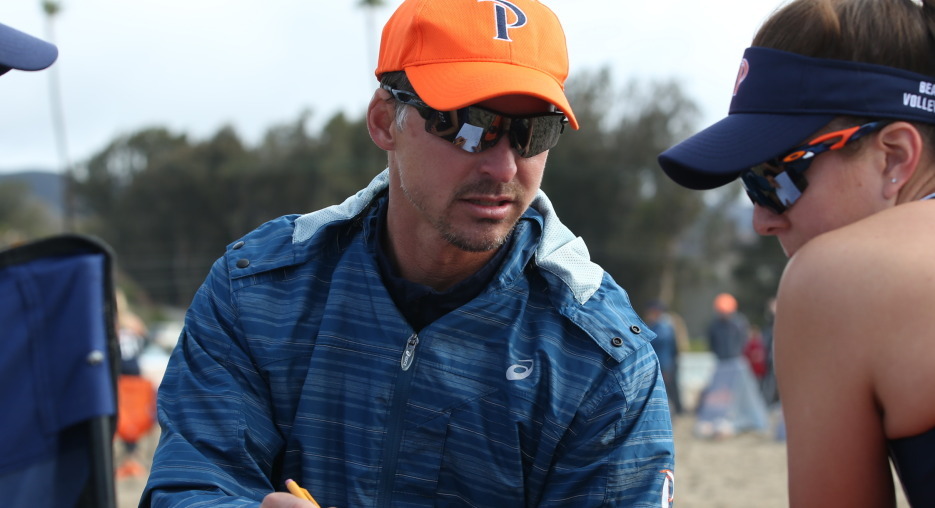 MALIBU, Calif. – The American Volleyball Coaches Association announced Marcio Sicoli as the AVCA National Assistant Coach of the Year on Monday morning.  This is the first time the AVCA has honored an assistant coach with the award.

This is Sicoli’s first honor as an assistant for the Waves.  It was also announced prior to the 2018 campaign that he would be elevated to the head of the Pepperdine beach volleyball program following the completion of the season, as Pepperdine legend Nina Matthies announced her retirement.

This season, the Waves posted a 25-5 overall record, including an untarnished 8-0 record when playing at Zuma Beach and a 21-5 record against nationally ranked opponents.  The team had one pair earn AVCA All-American honorable mention acclaim as Deahna Kraft and Corinne Quiggle earned the honors for their successes at the No. 1 position.  Three other pairs also garnered VolleyMob All-American acclaim as Skylar Caputo and Alexis Filippone garnered first team honors from the No. 4 position and Madalyn Roh and Brook Bauer and Heidi Dyer and Gigi Hernandez were honored with second team status from the No. 2 and 3 positions respectively.  The Waves also took home all West Coast Conference top honors as Quiggle, Kraft and Bauer were named WCC Player, Defender and Freshman of the Year respectively.