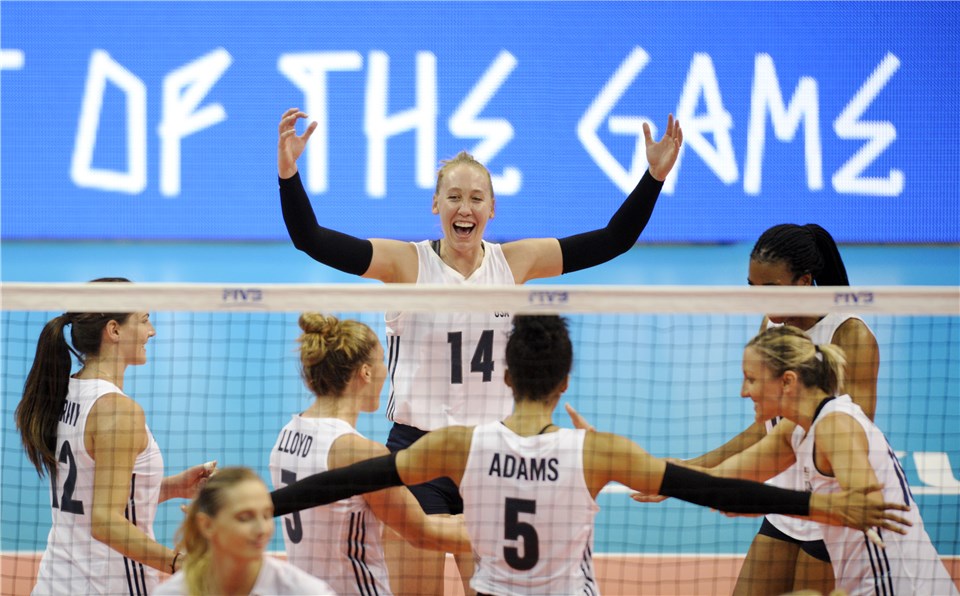 Netherlands and the United States are currently in the top three overall and all four teams in this pool have at least won one match. In fact, three of the four have garnered a pair of victories, with the second highest ranked team in the pool the lone exception.

A likely projection for teams to advance to the Final 6 could be around 25 or 26 points. If a team can win two of their three matches every week that would set them up well.

Note: China is highlighted because they have secured a spot in the Final 6 as the event’s host. Teams with asterisks are in this pool.

This looks to be one of the more difficult pools with all four teams ranking in the top 13 and three in the top eight. It also has one of the two unbeaten teams left (Netherlands) with the United States also currently in the top three. It should serve as great preparation for top competition, but it will also create some separation and interesting results in the standings. If the Dutch and Americans continue their strong play, it could also put Japan and Belgium in tough spots.

Surprisingly, Japan is off to a rough start, but still sits in an okay position at 1-2. If they can take down Belgium and then snipe USA or Netherlands, it would be quite the week to push back to .500 at 3-3.

The other three teams are all 2-1 or better though and in serious contention after one week of play. Belgium had the lowest point total of a 2-1 team, showing some weakness to their record. They could be in serious jeopardy of losing all three this week to verify any questions of a week one fluke if they fall to Japan – making it their biggest match of the week.

At the top of the table sits Netherlands following a 3-0 week that saw nine set wins in 10 tries. They’ve got Team USA sitting right on their heels looking to reach up in the standings and make it one less undefeated nation. That should represent the match of the week in the pool, as the winner will likely claim Pool 5 and have a strong position heading into week three in the overall standings.