Pitt Stays Perfect with Sweep of Virginia in ACC Opener 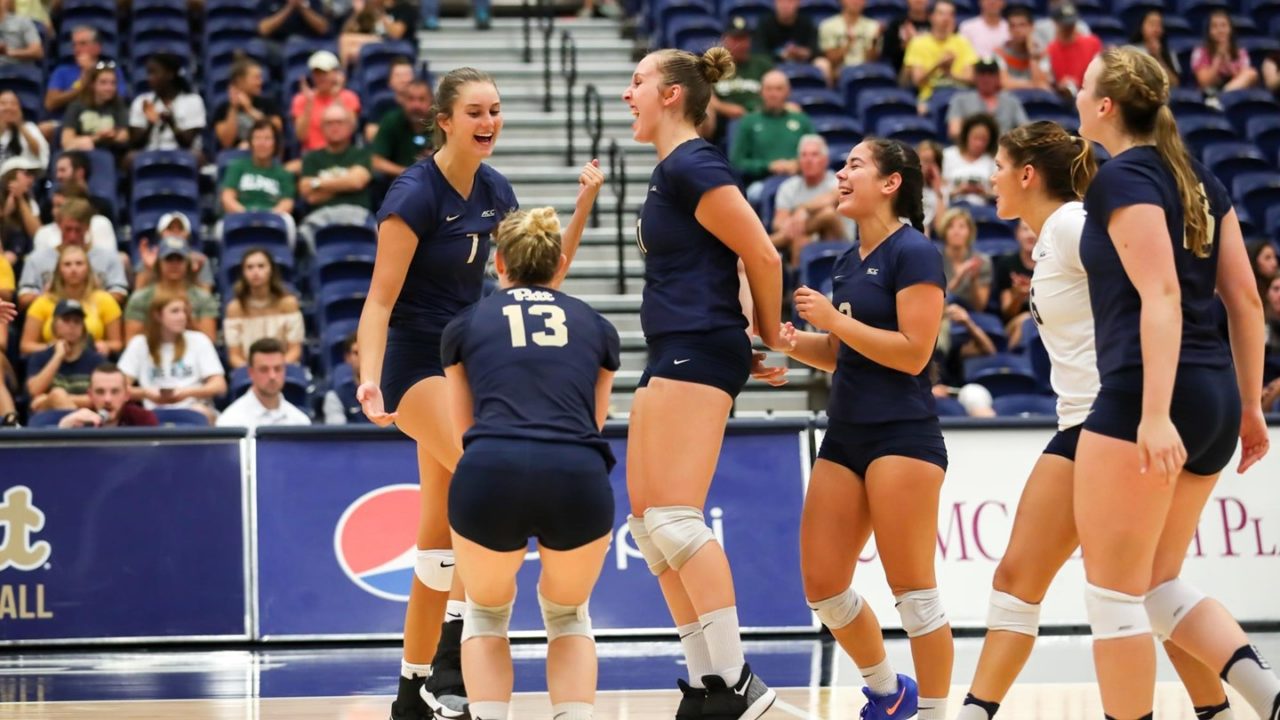 Virginia put up 12 blocks, but that did little to stop Pittsburgh from rolling to its 12th straight win of the season.  Current Photo via Pittsburgh Athletics

Virginia put up 12 blocks, but that did little to stop Pittsburgh from rolling to its 12th straight win of the season.

Three Pitt players managed double-digit kill tallies in the match: Stephanie Williams (13), Chinaza Ndee (12) and Kayla Lund (11). Ndee hit at a team-best .421 clip and added five blocks, while Williams hit .400 in her fifth-straight double-digit effort of the year. Lund has turned in double-digit kills in all 12 of the team’s matches. Layne Van Buskirk and Sabrina Starks added four blocks apiece.

After a tie at 6, Pitt began to pull away with six of the next nine points, including two Ndee putaways and a kill and a block by Lund. An ace by Sarah Billiard had the Cavs back within one at 12-11, but it was nearly all Panthers from there as the team closed out the set on a 13-6 run. Three Williams kills and two Kamalani Akeo aces pushed Pitt ahead 23-16. A stuff by Starks and Ndee and a Van Buskirk putaway capped the win.

A 7-0 mid-set run including a kill and a block by Novakovic and Billiard and an ace by Wineholt gave Virginia an eight-point advantage at 14-6. Trailing 16-7, Ndee and Lund chimed in with two putaways each to slice the margin to three at 16-13. After a 4-0 Cav run, Pitt turned it on, scoring 10 of the next 11 points to grab a 23-21 lead of its own. Two kills and two blocks by Ndee and two putaways and a stuff by Van Buskirk fueled the rally. Virginia tied it up at 23, but Van Buskirk and Williams completed the comeback at 25-23.

The teams played to a 7-all tie in Set 3, before Virginia built an 11-8 lead. After trading points for the next several serves, Emily Horner knotted the score at 14 with an ace. The Cavs maintained the advantage with a 5-2 run to take a 19-16 lead with help from four Pitt miscues. After a timeout, the Panthers rattled off seven in a row including three Williams kills, to turn the tables at 23-19. A kill and a block by Chino Anukwuem slowed Pitt momentarily, but an Ndee kill and an ace by Angela Seman kept the Panthers’ win streak in tact at 25-21.