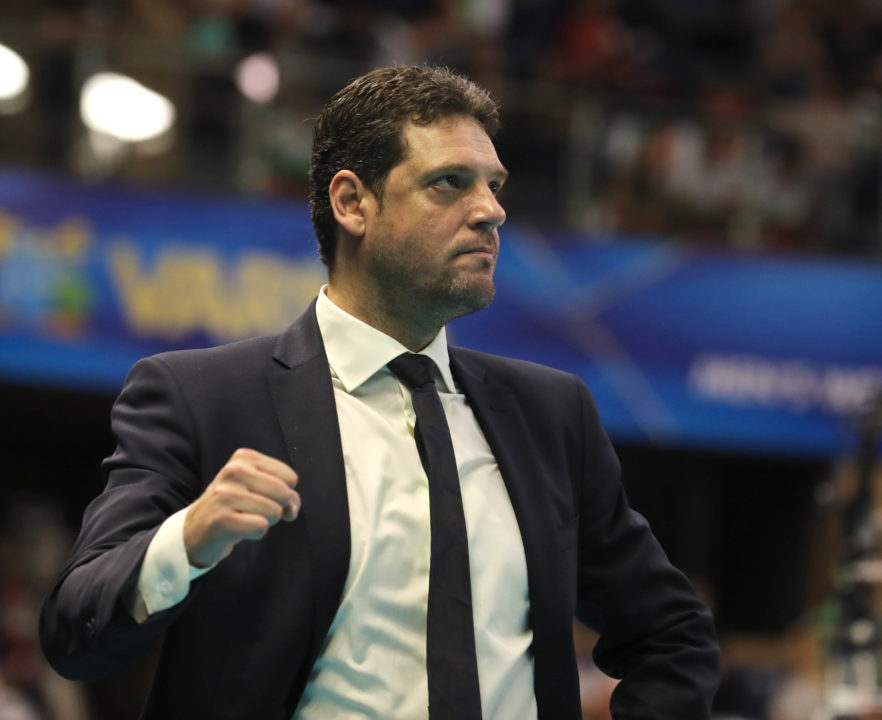 The move comes after the team finished 11th at the World Championships in 2018 that they co-hosted with Italy. Current Photo via FIVB

The Bulgarian Volleyball Federation has parted way with its men’s volleyball team head coach Plamen Konstantinov. His contract expired at the end of the World Championships last month, and after meetings between he and the federation president Dancho Lazarov, the split was announced. Konstantinov had been the head coach of the team since 2014

The team finished just 11th at the World Championships that they co-hosted with Italy. That’s a slight improvement over their 13th-place finish in 2014, but continues a trend in the wrong direction since they took a bronze medal at the 2006 World Championships.

Konstantinov remains the head coach of Lokomotiv Novosibirsk in the Russian Super League, where he has been since 2016. The team were the 2013 champions of Europe, finished 3rd in the Russian Championship in 2017, but fell to 6th in 2018. The team has won all 3 of its matches so far in the 2018-2019 Russian championship, although 2 of those 3 wins have been against teams near the bottom of the table.