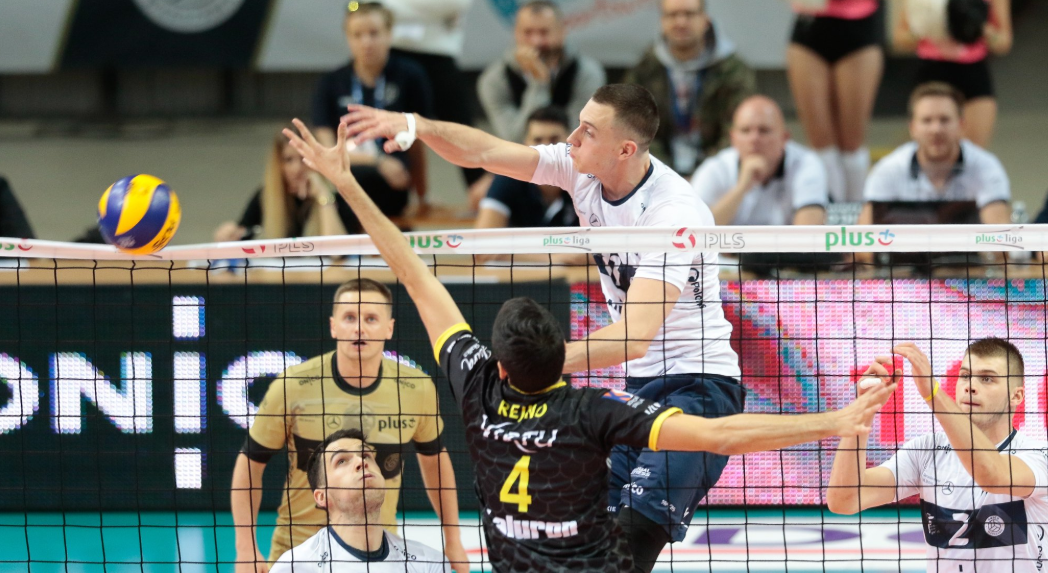 Stephane Antiga is finding success in the PlusLiga after his stint with the Canadian National Team. His team remains undefeated in Poland after the 3rd Round. They beat the team from Zawiercie behind 2o points from Rafael Araujo Rodrigues. He scored on 16 kills and 4 blocks. Bartosz Kwolek scored 14 on the outside on 12 kills and 2 aces. Graham Vigrass, middle blocker from Canada, scored 12 in the middle on 7 kills, 1 ace, and 4 blocks.

Tachiro Koga was Zawiercie’s top passer in serve receive with 63% of his receptions being positive and 42% classified as perfect. Gregorz Bociek came off the bench in the 2nd set at opposite and led the team with 17 points from 14 kills and 3 aces. Kamil Semeniuk put away 10 kills on the outside, but he also committed 5 errors. His hitting percentage was .217 (43%).

Cupum Lubin could not get themselves out of the bottom of the standings when they played Cerrad Czarni Radom at home. Wojciech Zalinski led the way with 13 points on 12 kills and 1 ace, and he only posted a .368 (63%) attack average from the outside. Maksim Zhigalov chipped in 11 points from the opposite position on 8 kills and 3 aces. Norbert Huber only had 2 kills in the middle, but put down 4 blocks and an ace as well. Alen Pajenk cored 5 in the middle on 4 kills and 1 block.

Cuprum Lubin did not have a single player reach double digits in the defeat. Igor Grobelny scored 9 as an outside hitter on 9 kills with only 1 error. Jakub Wachnik, Masahiro Yanagida, Damian Boruch, and Jakub Ziobrowski all scored 7 points in the defeat. Both Boruch and Wachnik were used as substitutes off the bench.