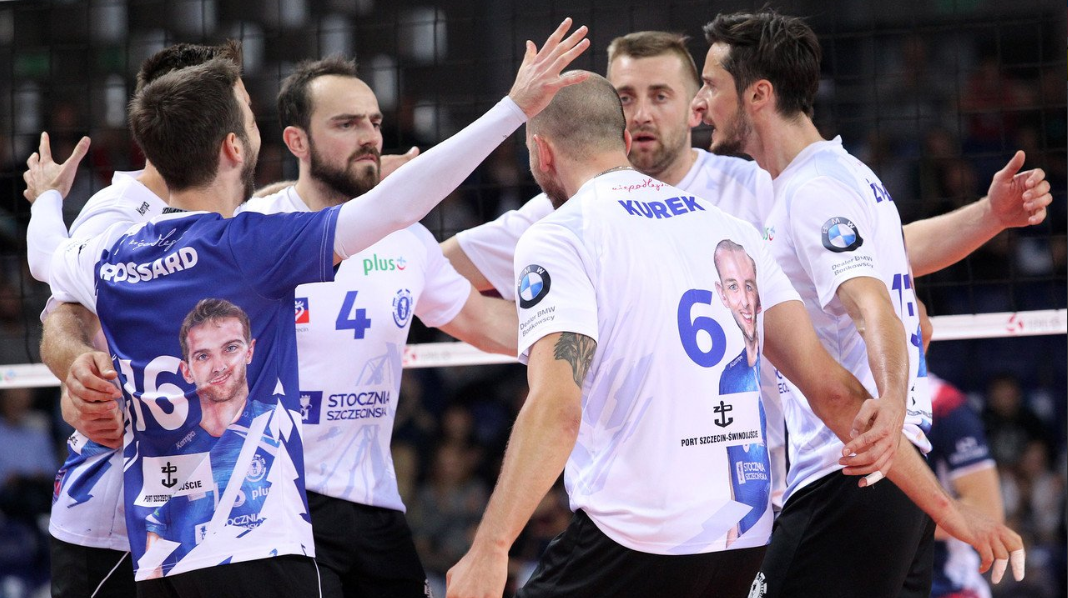 Nicholas Hoag and Bartosz Kurek led Szczecin to their first win in the Polish PlusLiga.  Current Photo via Stocznia Szczecin

It was an eventful ride for Stocznia Szczecin to get their first win of the year. They were set to play Trefl Gdansk, but that match was halted due to the lights not working. They then had to play ZAKSA on Wednesday, and were swept by the team playing the best volleyball in Poland at the moment. They had another tough opponent on Sunday with Jastrzębski Węgiel. Szczecin had to play 3 of the top 5 teams from last year to start their 2018-2019 campaign.

Their new additions to their roster helped them to their first win. Bartosz Kurek predictably was their leading scorer with 17 points on 12 kills, 3 blocks, and 2 aces. Nicholas Hoag got his first start at outside with his new team and put away 12 kills to go with 3 aces. Matey Kaziysky contributed 10 points from the other outside hitter position on 8 kills and 2 aces. Simon van de Voorde scored 9 in the middle on 6 kills, 2 blocks, and 1 ace. he hit a perfect 1.000 (100%) in the sweep. Lukasz Zygadlo set his team to a .493 (57%) hitting percentage.

Dawid Konarski helped Jastrzębski Węgiel with 14 points on 11 kills, 1 block, and 2 aces. Christian Fromm was hi team’s leading scorer with 17 points on 17 kills. The German outside hitter may have had 4 passing errors, but only 1 error in attack. He posted a .727 (77%) hitting percentage on the night. Julien Lyneel had a rough outing in attack. While he was the team’s leading passer, he hit -.063 (25%) and only put away 4 kills. Lukas Kampa, German setter, set Jastrzębski Węgiel to a .413 (54%) attack efficiency.