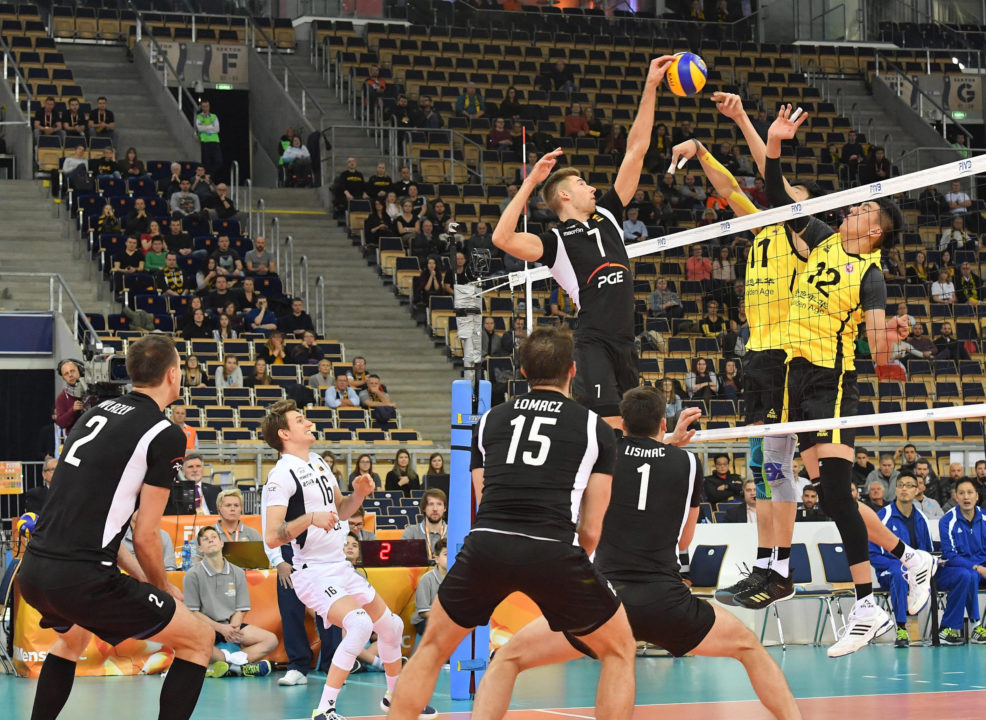 Following a Polish Men’s PlusLiga Championship, PGE Skra Belchatow has re-upped its deal with head coach Roberto Piazza. The move will keep the 49-year-old Piazza with PGE Skra for his second season in 2018-2019.

Most of the early years came as an assistant for Piazza, until 2009 when the team he spent 11 years as an associate hired him on as the head man. In 2010-2011, he brought the team to win the CEV Cup. In 2016, he was also the head coach for Qatar’s National Team.

“I am happy that I will stay in the PGE Skra family for the next season,” Piazza said on Siatka.org. “We will repeat this work to defend the gained championship and reach for the tenth title. Our preparations will start at the beginning of August and I am sure that volleyball players will be ready to give 100%.”

PGE Skra Belchatow went 25-5 (72 points) in the regular season of the PlusLiga in 2017-2018, earning the two-seed before their run to the league championship. They also collected the Polish SuperCup trophy. Beyond retaining their coach, they also added to their roster with middle blocker and former FIVB Men’s U21 World Championship MVP Jakub Kochanowski. The duo, plus any other additions and the returning roster, will look to lead Belchatow to another title in 2018-2019.