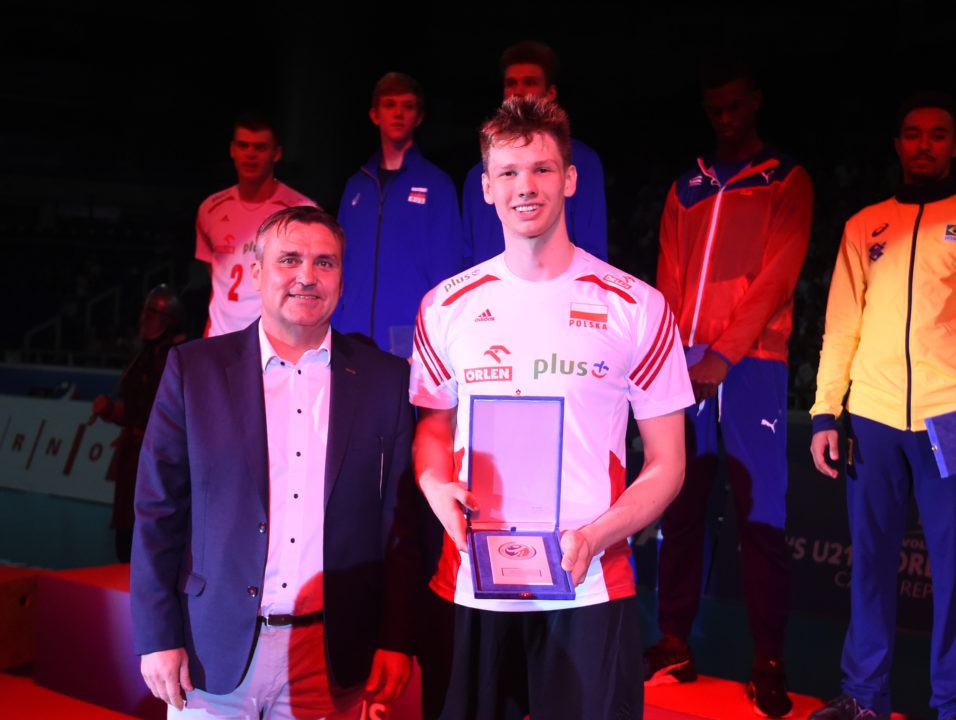 PGE Skra Belchatow in the Polish Plus Liga has signed Jakub Kochanowski, the 2017 FIVB Men’s U-21 World Championship MVP. The deal with Kochanowski is for two seasons, giving Skra control of the youngster until 2020.

In terms of play at a national level, Kochanowski was with the Poland U19 team in 2015 when the team won the U19 European Championship. He also earned a spot on the U21 squad from 2014-2017, when he won that MVP award. In total for his time with the youth team, he earned five gold medals and a silver across several events. In April of 2017, he made his first career appearance with the senior team at the 2017 FIVB World League in a win against Italy.

The transfer keeps Kochanowski in his home country of Poland and in the nation’s top league (Plus Liga). With Indykpol AZS Olsztyn, Kochanowski helped the team go 19-11 (57 points), good for a fifth-place regular season finish before a fourth-place ending in the postseason. Belchatow meanwhile was the league champions after finishing second in the regular season.