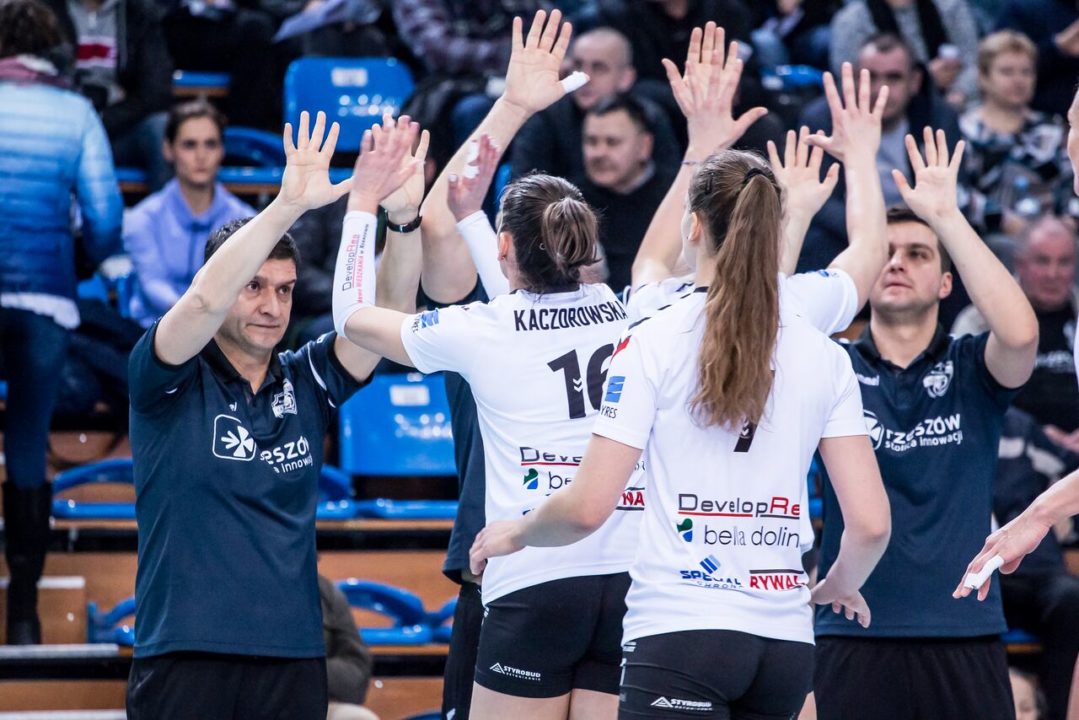 Things are heating up in the Polish Women's League Play-offs Current Photo via https://developresrzeszow.developres.pl

Things are starting to heat up in Poland’s Women’s League. While Chemik Police is already qualified for the finals, ŁKS Łódź and Developres Rzeszów are still battling it out in the semis in hope for a finals spot. Developres won the first game, but dropped the second match 3-1 in a very heated affair this weekend. Things got so rough, that Developers’ players and coach, Lorenzo Micelli, got into an altercation with the refs after a video challenge call that culminated into the coach getting carried away by his nerves and pushing one of the refs away. He later apologized for his behavior (Siatka.org):

“I would prefer to talk about the match, because the most important thing is that we played a very weak game and that worries me, and not any other situations or details stemming from the other side of the court. As for the referee, at some point I tried to separate him from the girls who had a grudge against him. I was like a wall between the girls and and him. I also allowed myself a certain reaction against the head judge, who did something wrong. I did not want this to happen, but his decision in the challenge situation was not correct in my opinion. For sure my reaction was wrong and I regret my behavior in this situation. I did not want to hurt the ref. It was an impulsive reaction.”

The Polish volleyball authorities have not yet decided if it will punish Lorenzo.