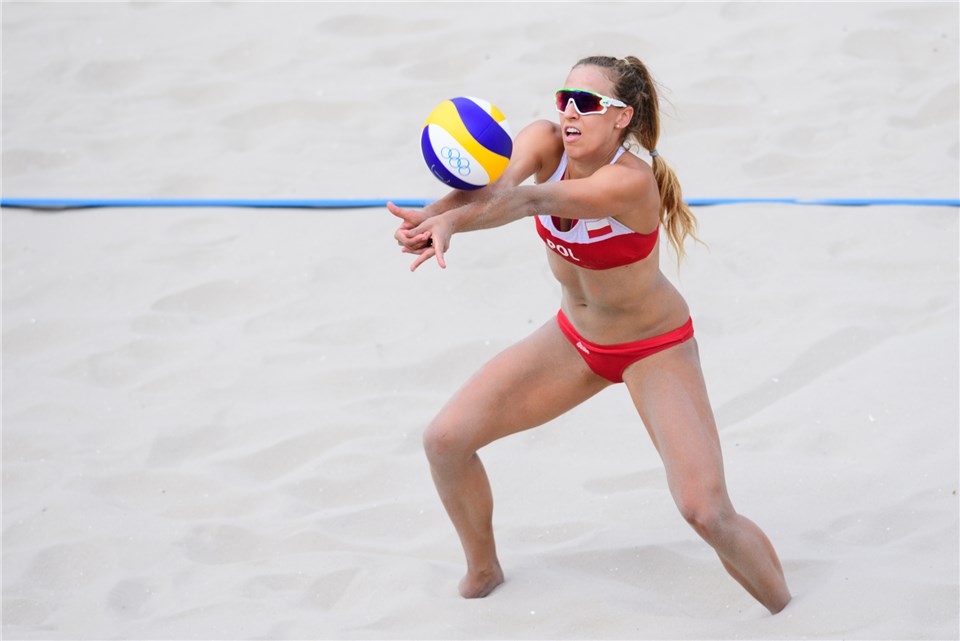 Kinga Kołosińska and Monika Brzostek are wildly considered best Polish female beach volleyball duo to ever represent the country. Much to dismay of fans, however, it looks like the partnership will be no more, at least for now, as Brzostek will take some time off to focus on motherhood, according to Siatka.org.

The 28-year-old Brzostek gave birth to her first son, Julek, last July, and was back to training on November. However, the logistics of conciliating the life of an elite athlete and a mother proved to be too much to handle, preventing the athlete to give 100% effort in both aspects of her new life:

“It was difficult to reconcile training with caring for a child. In fact, I couldn’t spend as much time as I would like with neither the sport or my son, and I do not like to do something half-heartedly. If I am already making something, it has to be at one hundred percent.

Initially, I had to go only to tournaments played in Europe. My mother even offered to look after Julek during the trips, but our tournaments often last for several weeks. I can not imagine not seeing my child for a month. In turn, if I took him with me, he would not see his dad and it would not be the best solution either. I am sorry that I had to put Kolisinska and our coach in this situation, I really though I would’ve been able to handle this, but it turned out to be different.”

Although it was announced at first she was retiring, she took to Instagram to clarify matters:

“Hi! I would like to correct the information that appeared a few days ago … – I’m not finishing my career! At this moment I am not logistically able to train with my full-time staff due to the fact that I became a mother a few months ago. I will train and play.”

VolleyMob wishes the new mommy and Julek the best