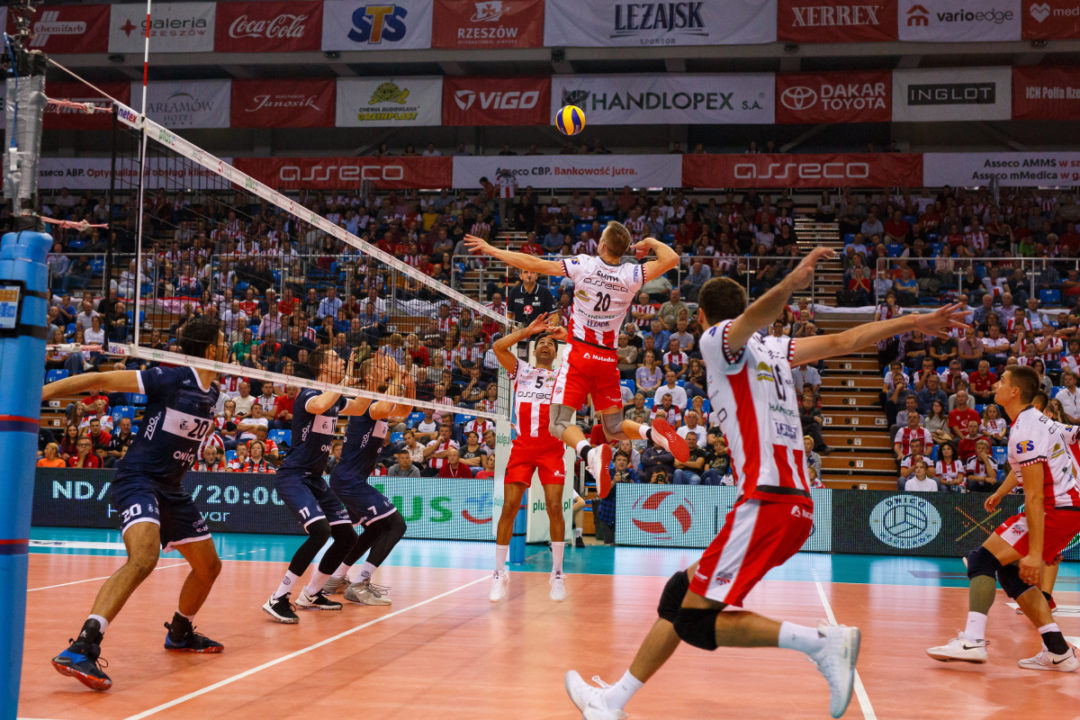 Dave Smith is shining for Resovia, but the team can't find a win yet at this point.  Current Photo via Polish PlusLiga

It is safe to say this is not the start that the front office and fans of Asseco Resovia had envisioned when they made major changes to their roster for the season. Their new additions have not delivered them any victories yet this season with a schedule that looked quite favorable this summer. Rafael Arajuo Rodriguez put away 22 kills to ensure that Resovia had to wait until at least the weekend to get into the win column. The opposite for ONICO Warsaw also chipped in 3 blocks. Bartosz Kwolek led the match with 4 aces. The outside hitter also was responsible for 13 kills and 1 block. Lukasik Piotr, their other outside hitter, finished the match with 10 kills and 1 block, though he committed 5 passing errors in serve receive.

Graham Vigrass of Canada put 9 points in the stat sheet from the middle. He hit .700 on his way to 7 kills. He also accounted for 2 stuff blocks for points. Andrzej Wrona did not have an impressive night in attack. The middle blocker had 5 kills on 12 attempts with 2 errors, but his defense at the net was spectacular. Wrona averaged 2 blocks per set to accumulate 8 blocks and 13 points. Sharone Vernan-Evans, the Canadian phenom at opposite, did not feature in the match for ONICO Warsaw.

While Resovia struggles, Dave Smith continues to impress in a red and white uniform. He was just 1 point shy of his club’s high scorer. This is quite extraordinary considering her is a middle blocker. Smith scored 15 points on the night. He put away 8 kills on 11 attempts without an attack error, put up 3 blocks, and reached a match-high 4 service aces.

Damian Schulz came off the bench, but led the team with 16 points on 16 kills from the right side. Mika Mateusz scored 13 in his 2nd match back with Resovia. He scored all of his points from kills and hit .476 (62%). Rafal Buszek  hit -.300 (20%) on his way to scoring 2 points and 2 kills. He was pulled from the starting lineup after the 2nd set. Kawika Shoji was used as a substitute in the first 2 sets, but found himelf on the bench in favor of Rafael Redwitz.